Michael Kirchmann of GDSNY worked with artist Matthew Schreiber to create two gallery spaces at Philips De Pury that will be installed with light art works.

The first space will contain 2 aluminum rings that are 5 feet in diameter and attached to each ring are 40 very low power red lasers. The space is closed off and filled with a dry theatrical effects vapor known as “haze”. The combination of the haze and laser light makes the beam appear as solid lines. A viewer enters this space and interacts with the two interlocking volumes of laser light. During the daytime the laser light will appear very thin and transparent, nearly invisible. As the sun sets and the space becomes darker, the laser beams will become more visible and solid. The second space is similar in concept and contains one 5 foot aluminum ring hanging from the ceiling. 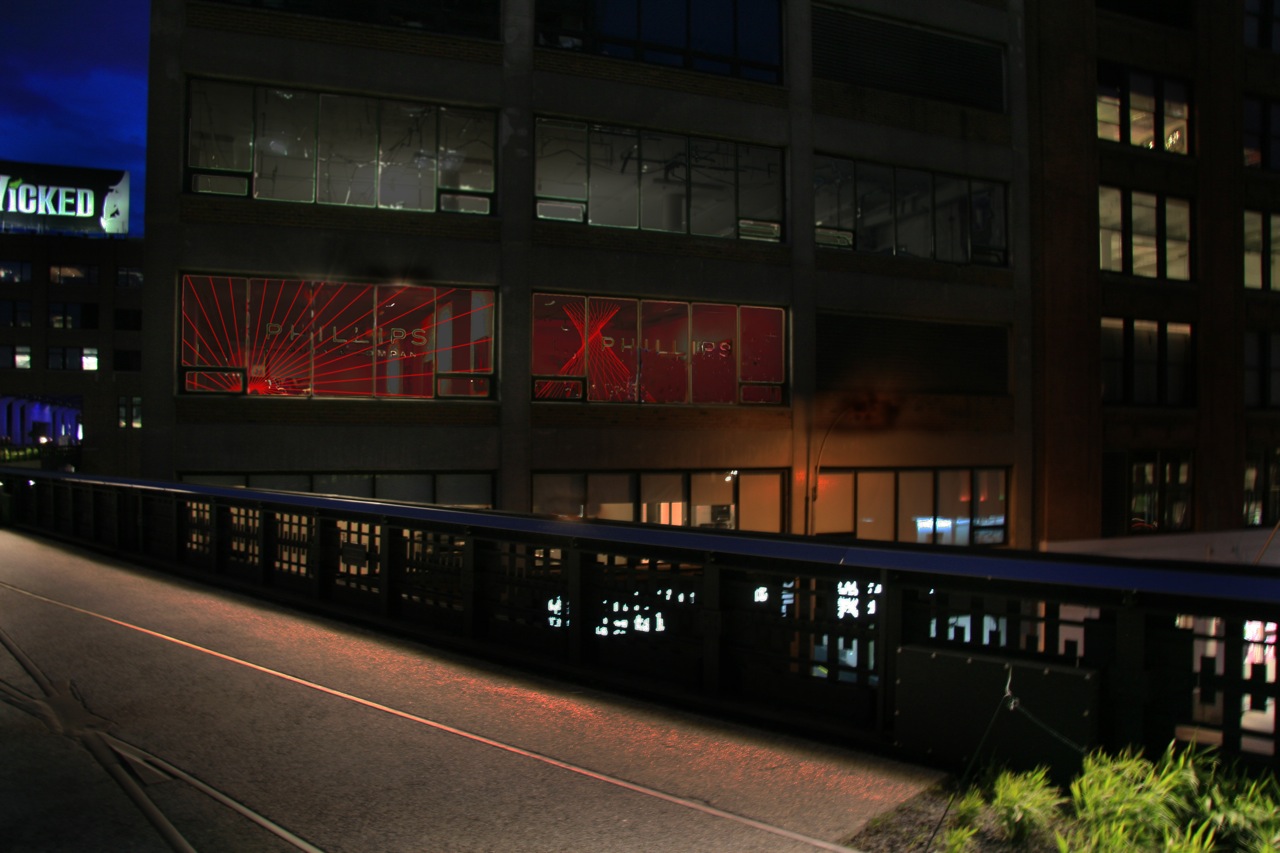 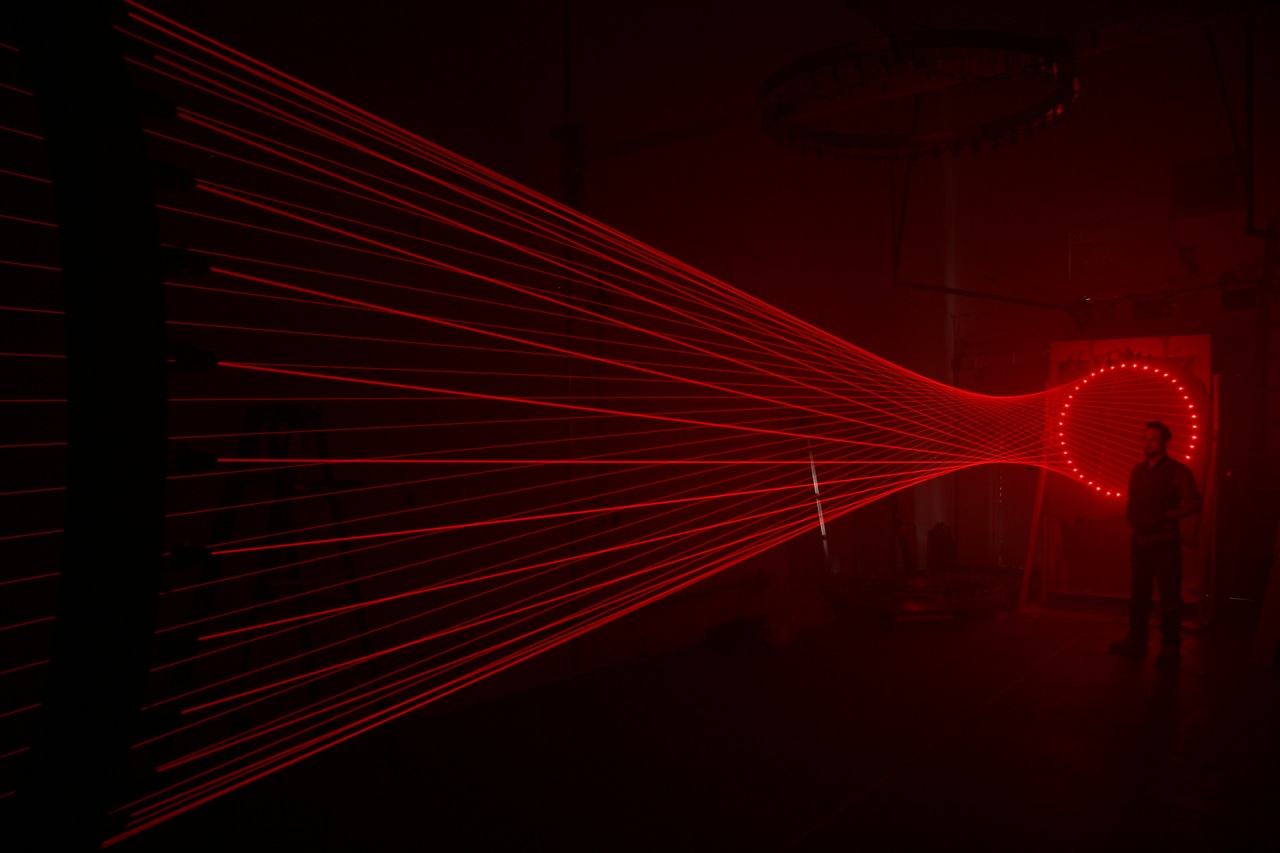 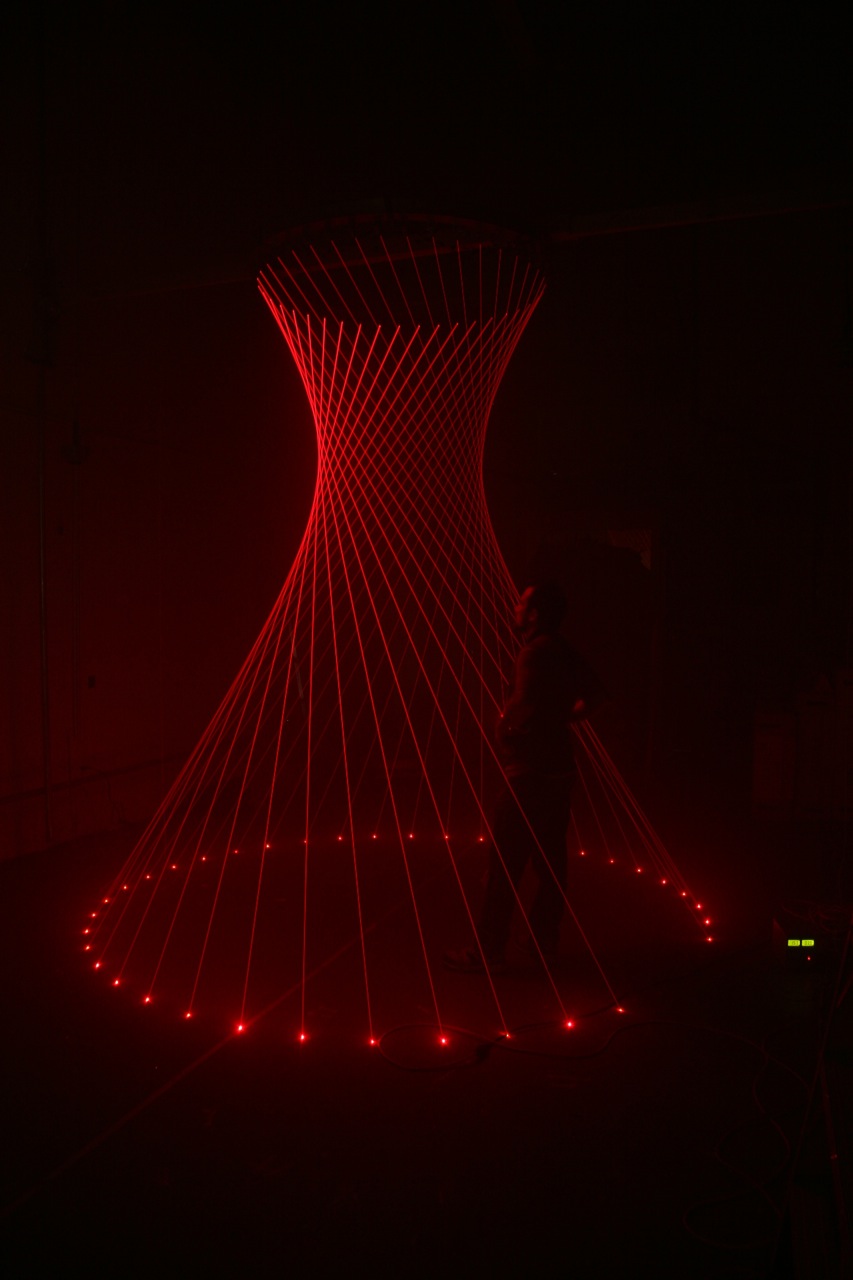 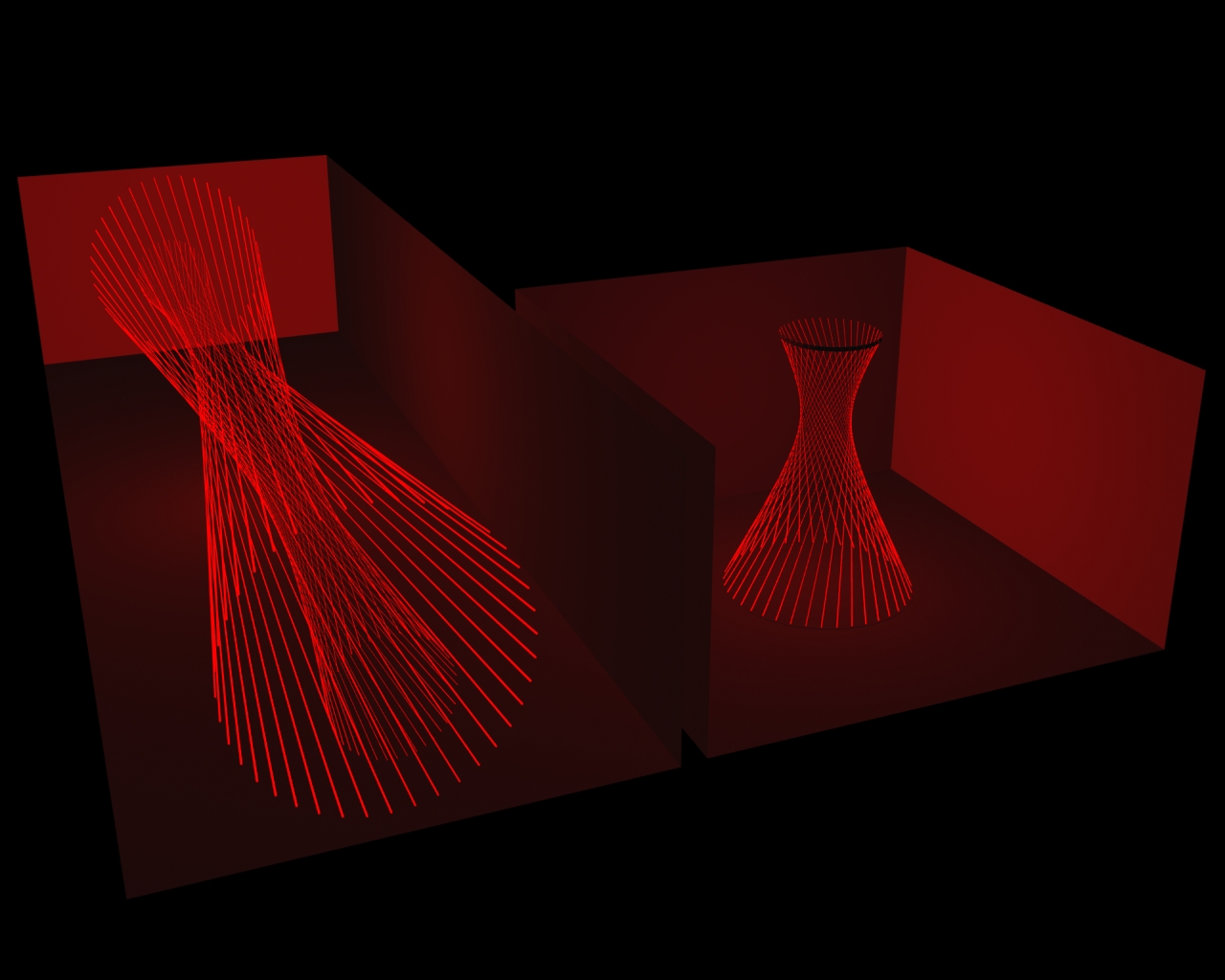 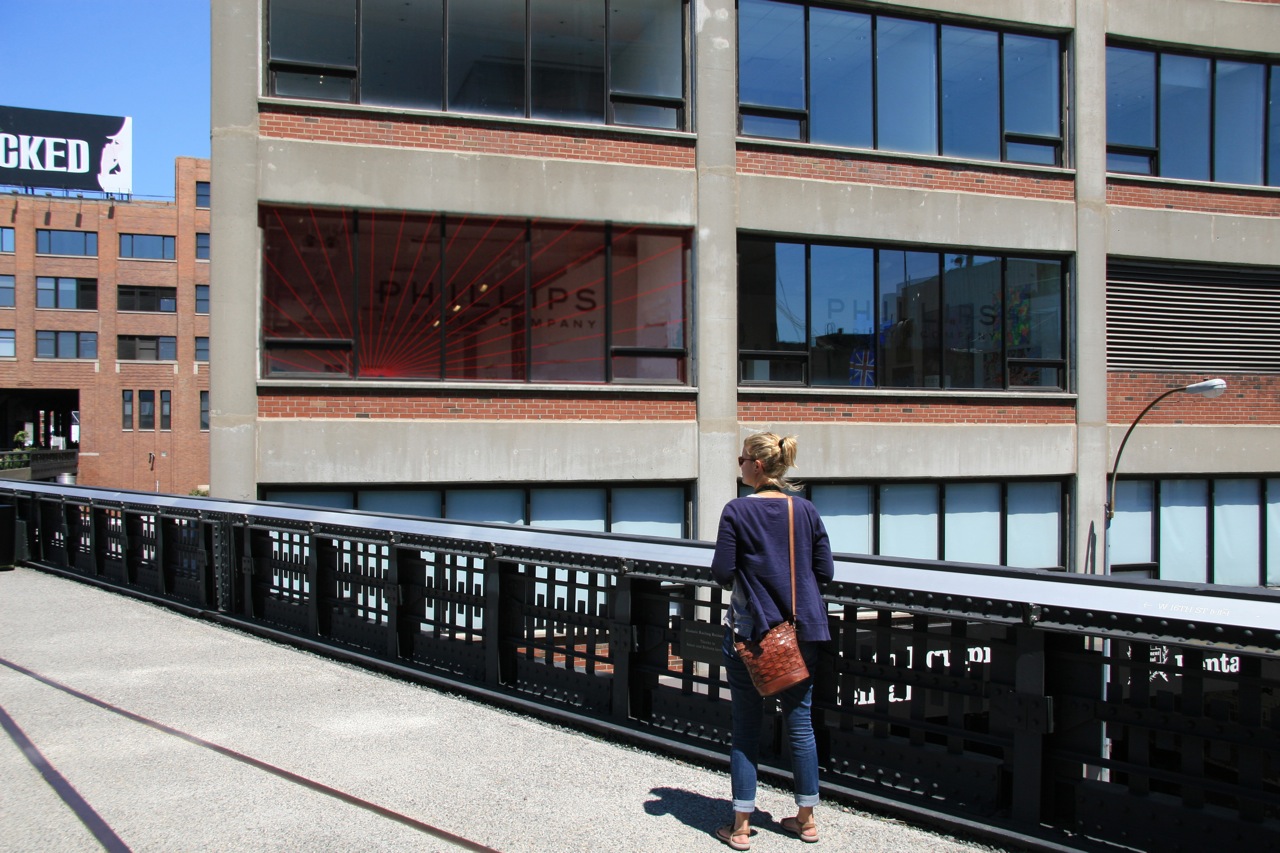