Baychester and Murphy Houses is a public housing development consisting of 14 buildings and 722 units in the Edenwald neighborhood of the Bronx.

L+M Development Partners, Camber Property Group, and MBD Housing Corp. partnered with NYCHA on the rehabilitation and preservation of 722 units of public housing, which were converted under a project based Section 8 contract. The development, which is part of NYCHA’s NextGeneration PACT program, was awarded to the partnership as part of a competitive RFP process. The team undertook a significant rehabilitation program that provided kitchen and bathroom upgrades to each unit, including stainless steel appliances and quartz countertops, and upgrades to common areas and community facility spaces. Additionally, the team carried out ambitious façade and landscaping work designed to both transform the properties and establish a continuity of style and design across the portfolio

The renovation of Baychester Houses mitigated decades of deferred maintenance, modernized the property, and successfully balanced major improvements, while preserving a sense of community identity. The extensive rehabilitation scope included significant work to the exteriors and interiors to update the property, and all while tenants remained in place. These improvements have resulted in a reduction of 344 tons of CO2 emissions per year. The façades of each building, designed by GDSNY, were reclad with EIFS, which addressed mold, insulation, and improved the overall aesthetic. Additionally, the roofs were repaired, landscapes, and public spaces reimagined, and upgrades were made to improve accessibility and security infrastructure. The elevators and the mechanical, electrical, and building systems were modernized, and the common areas were upgraded, including interior hallways, windows and doorways, and building entryways with new vestibules and recycling rooms. Community and senior centers were also enhanced, and a new Resident Association office constructed. 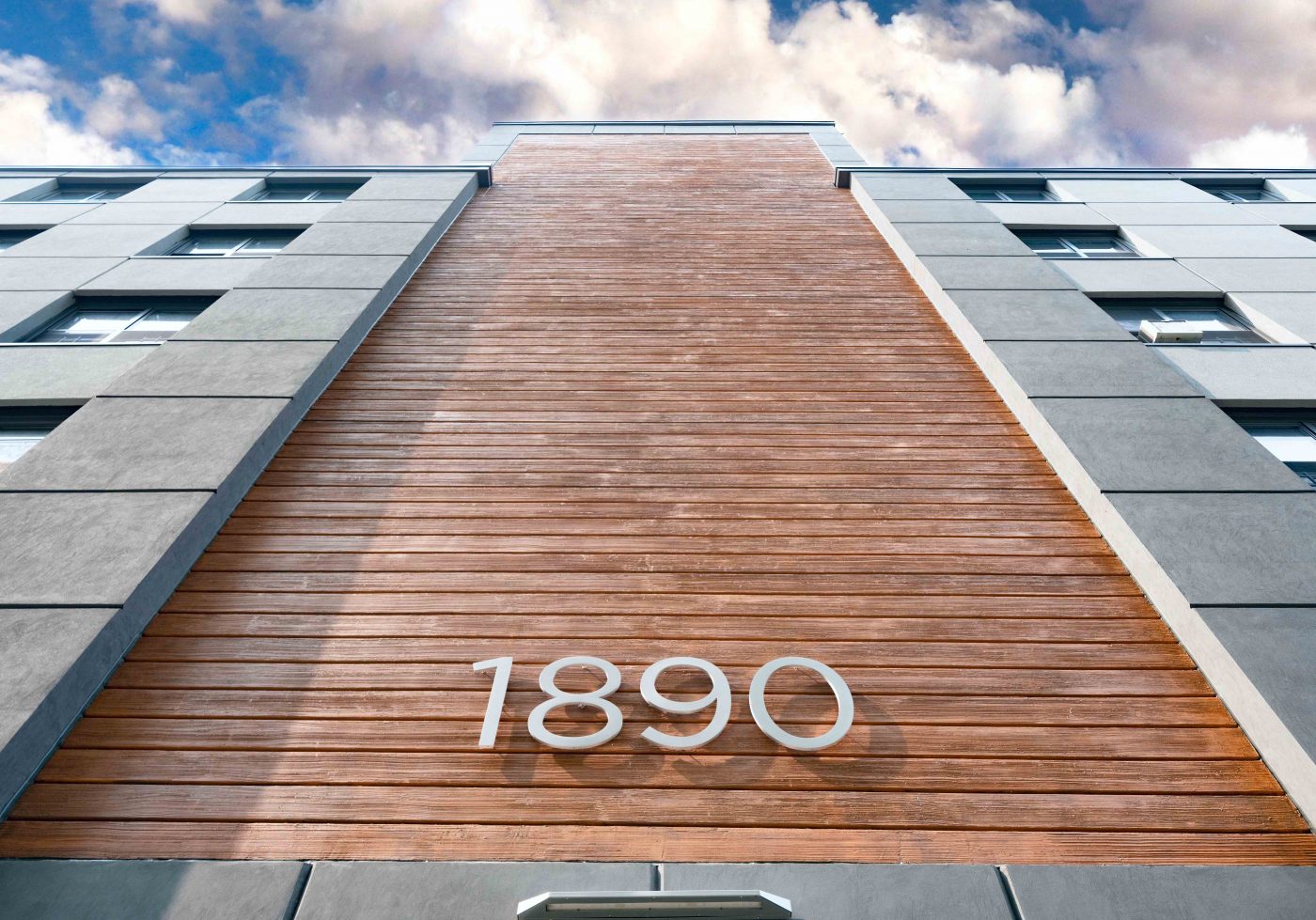 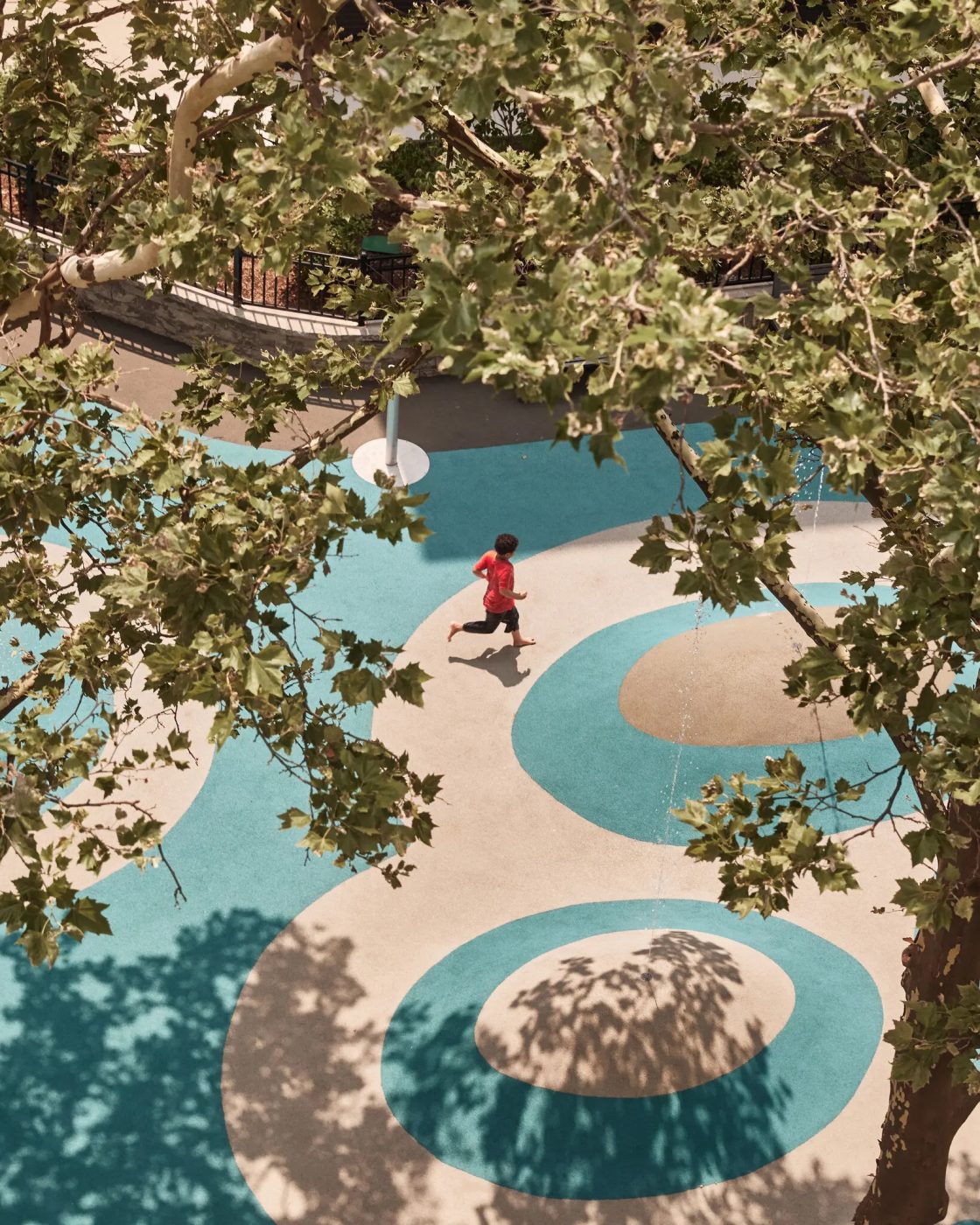 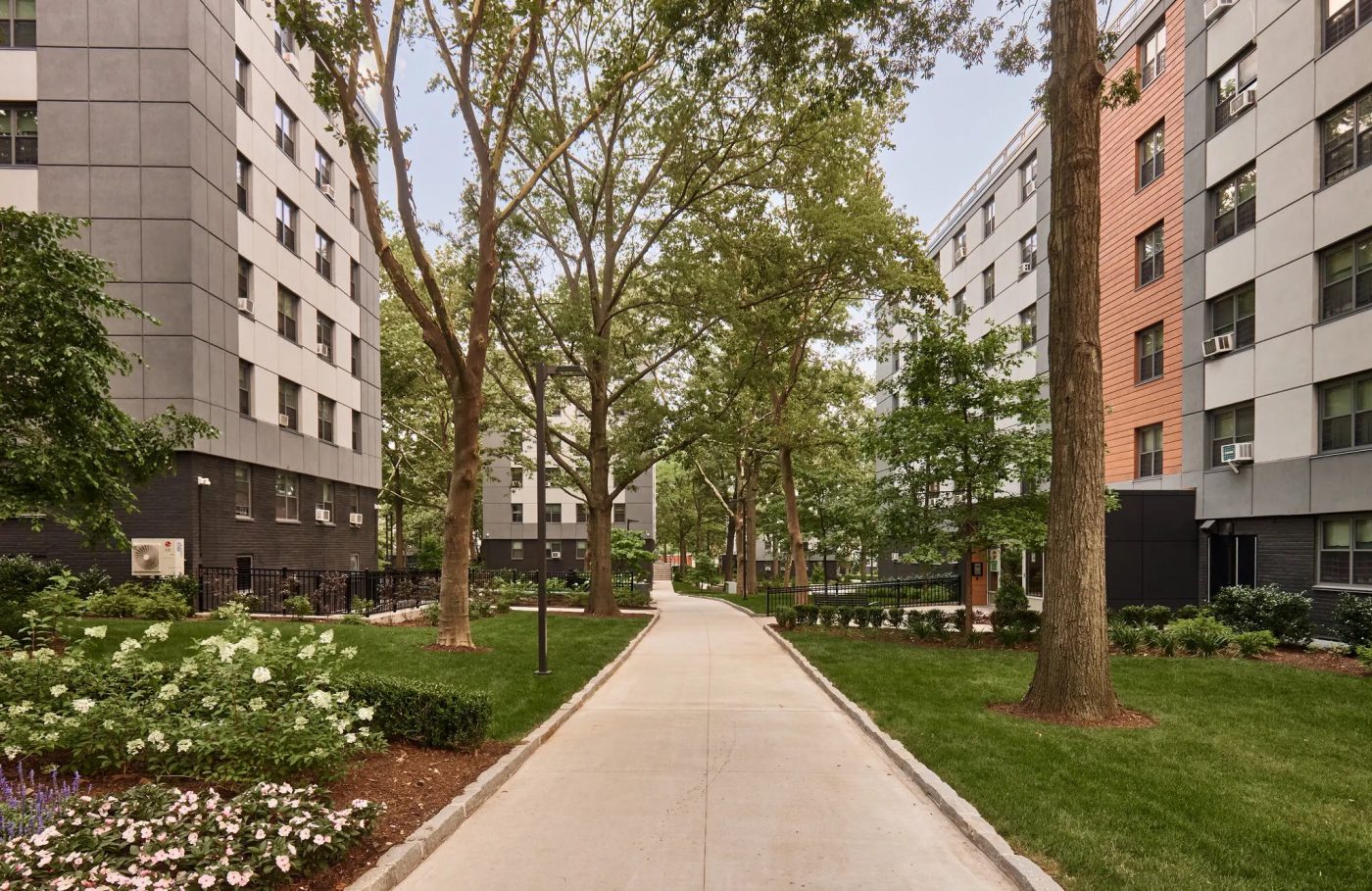 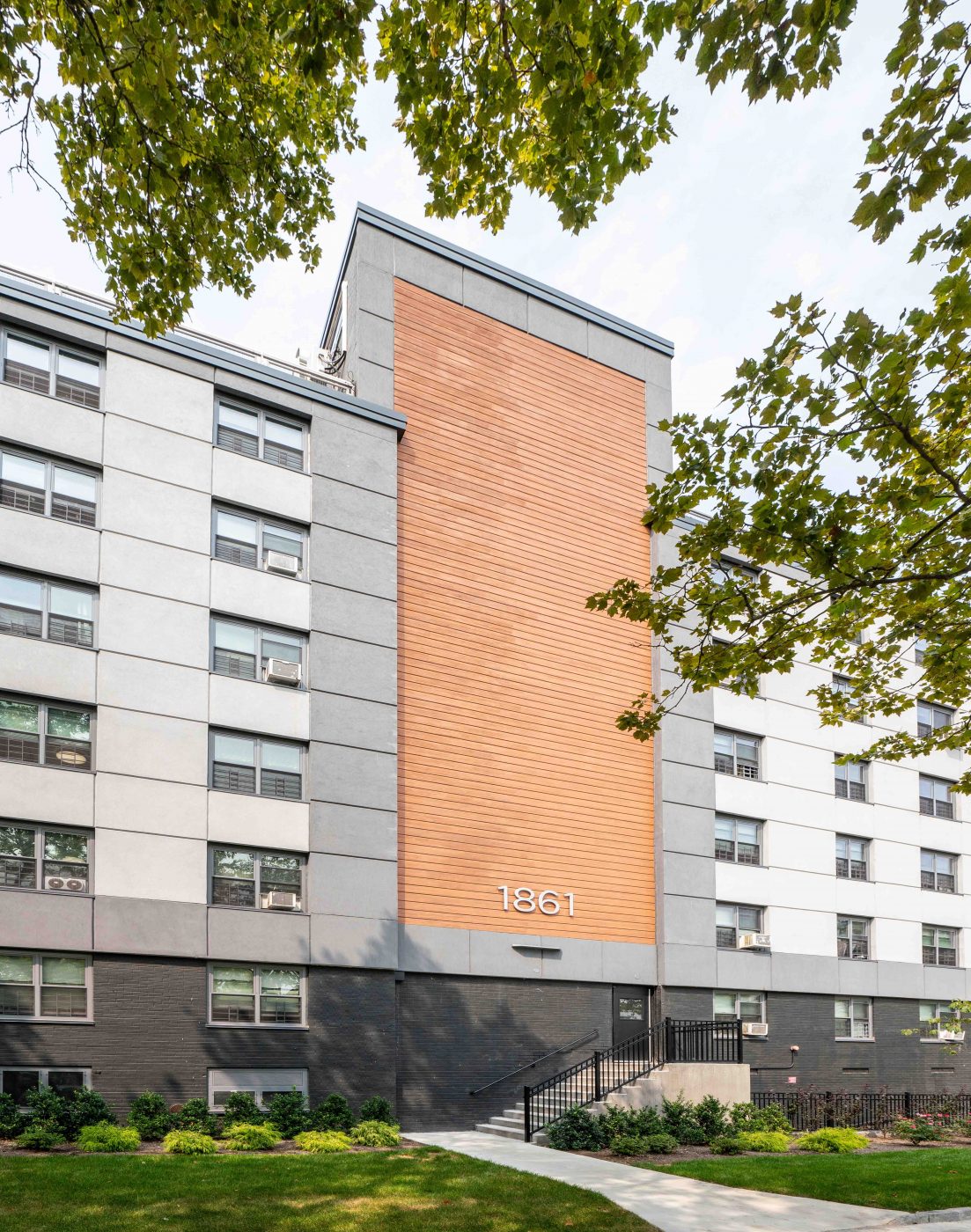 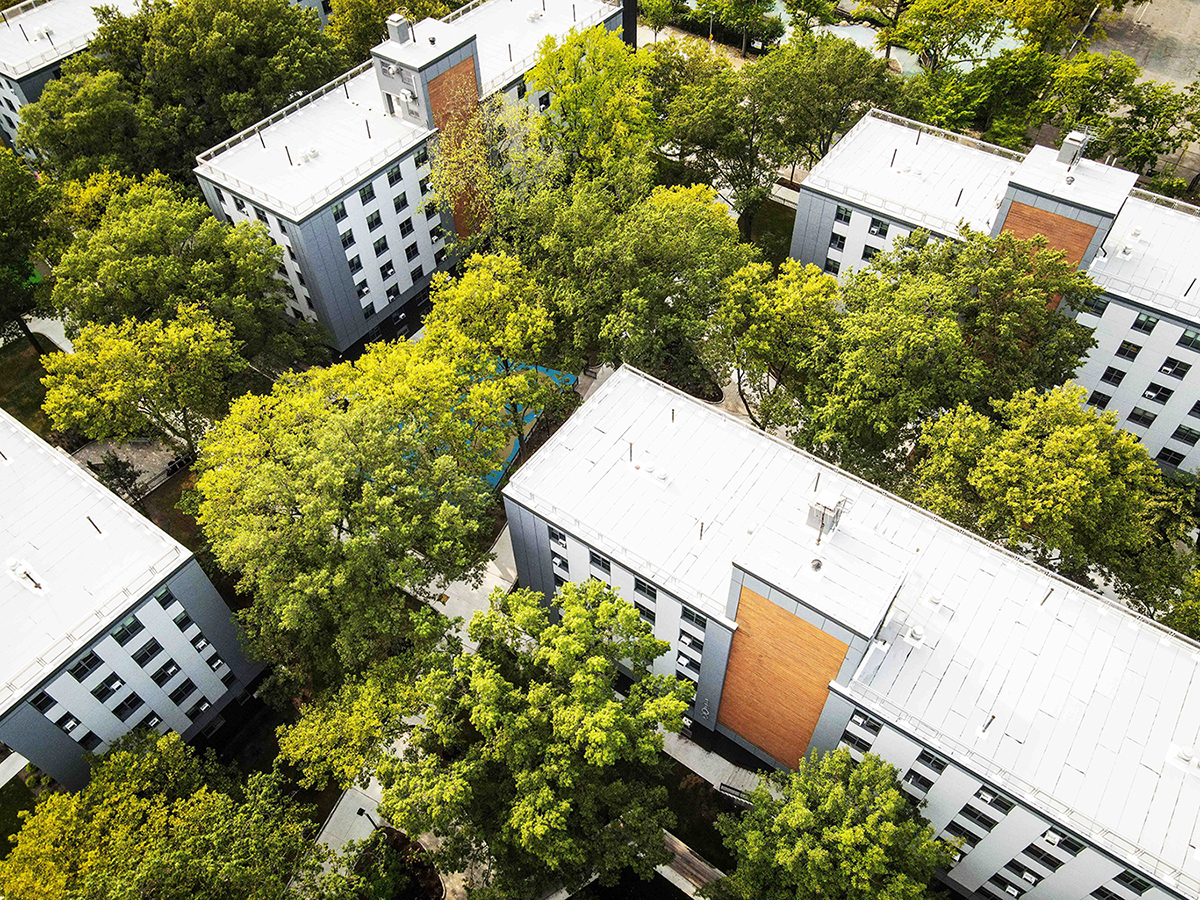 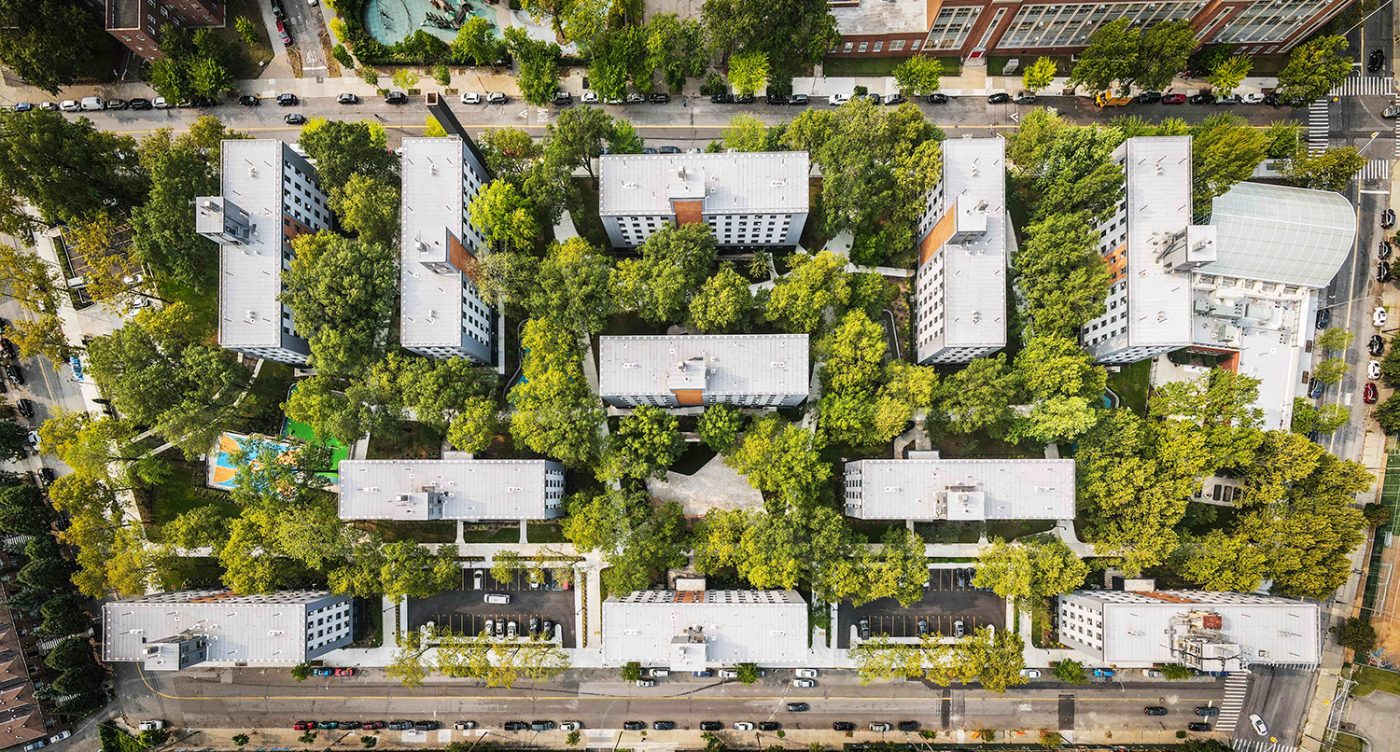 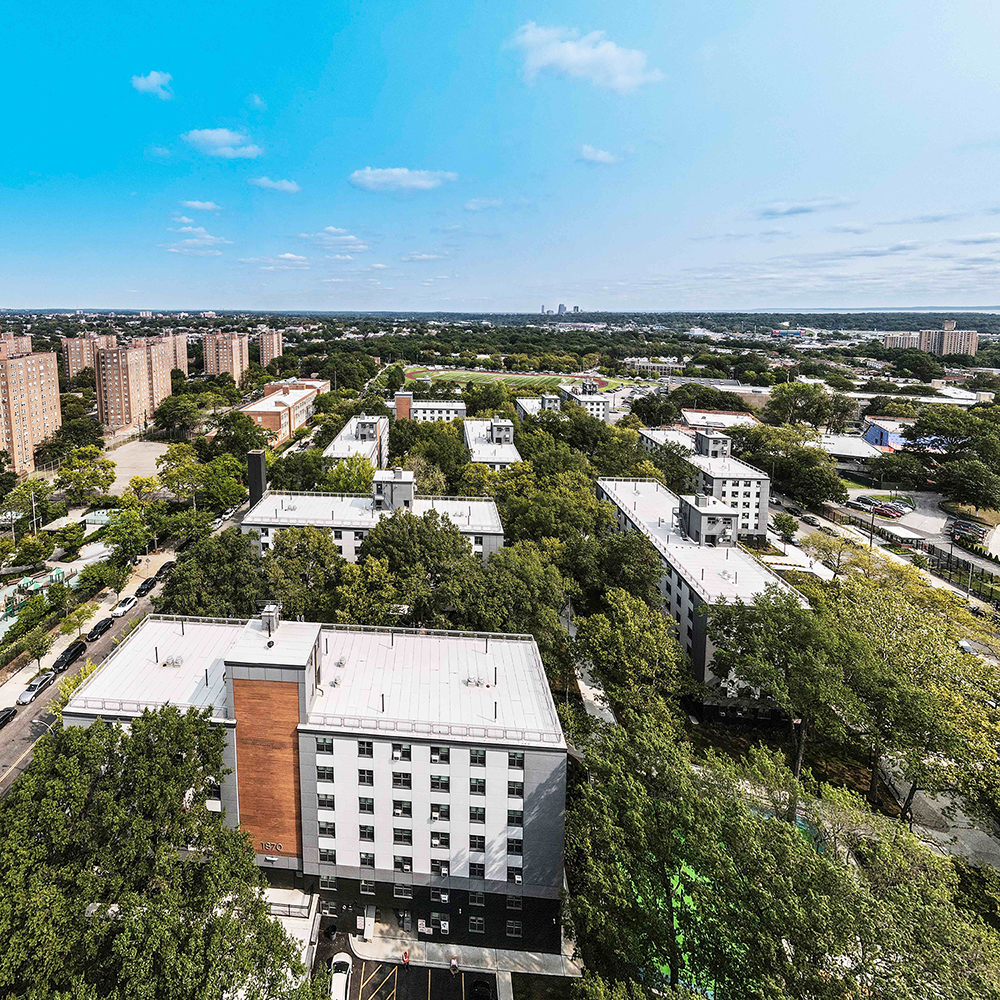 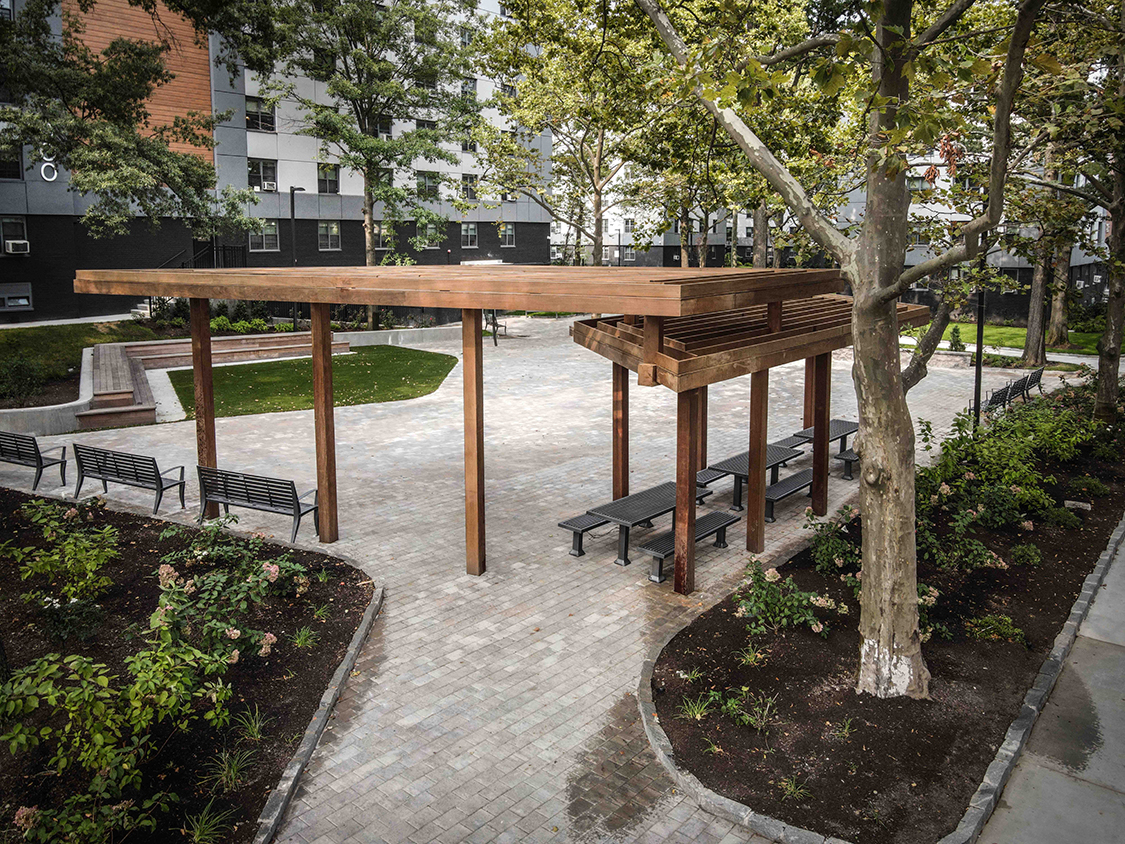 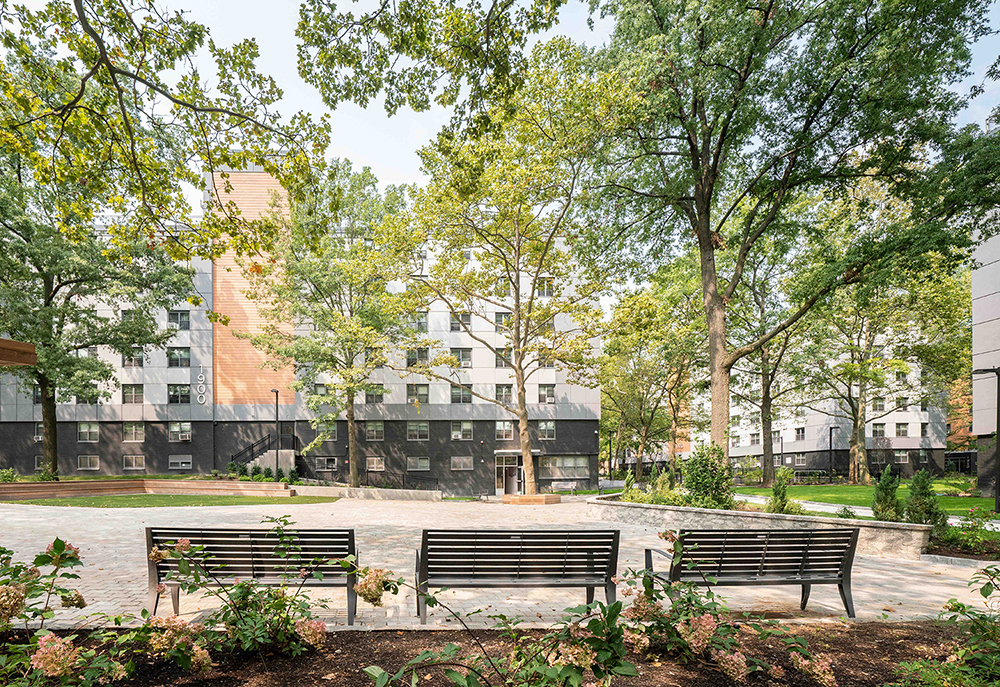 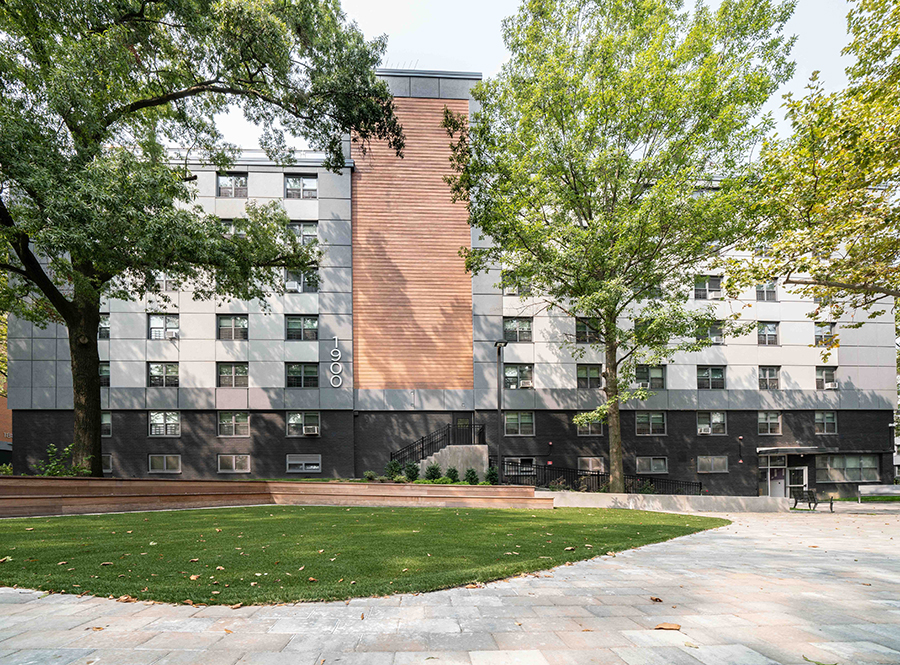 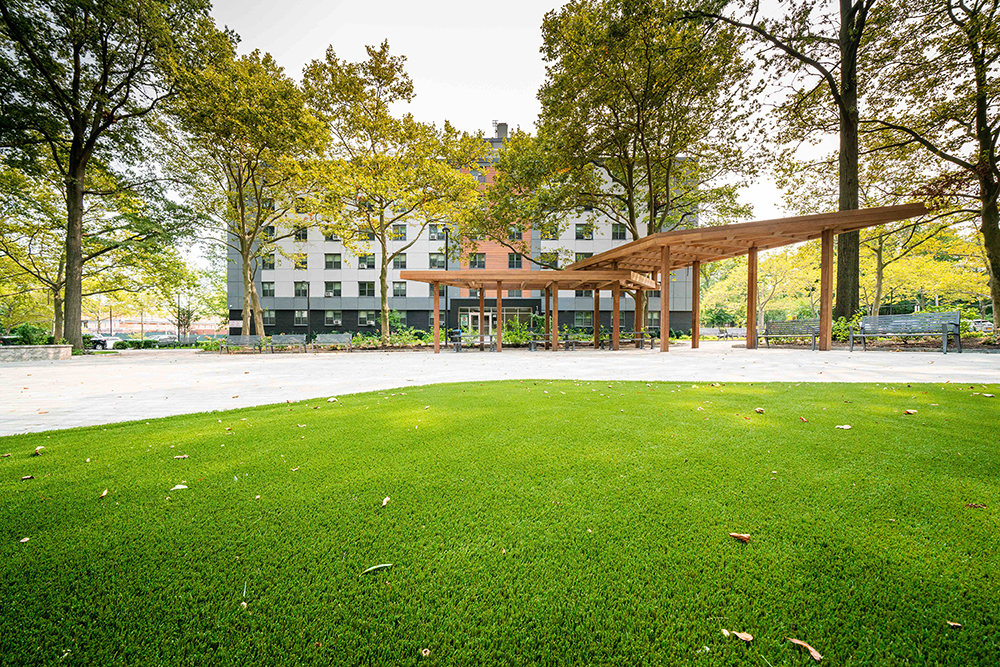 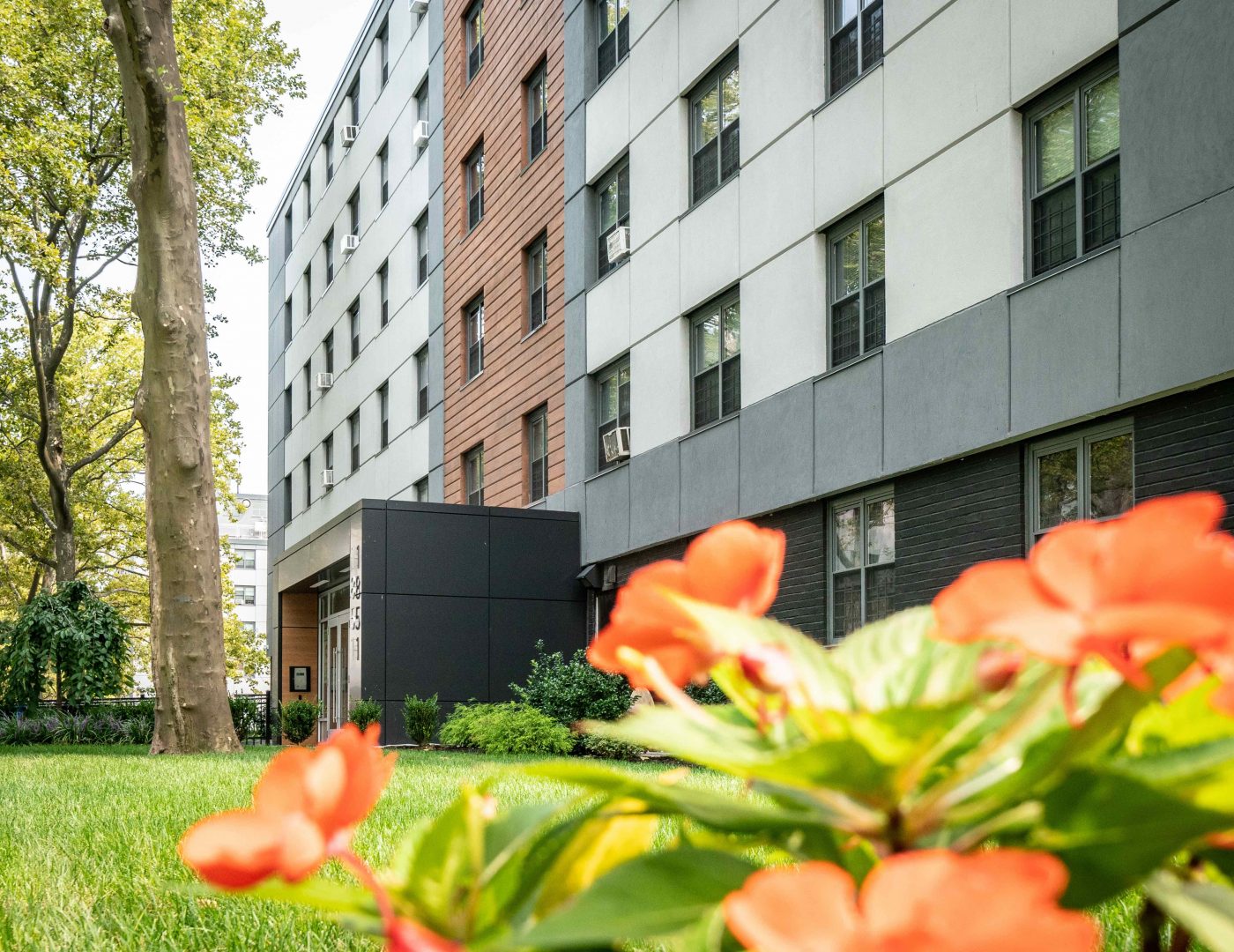 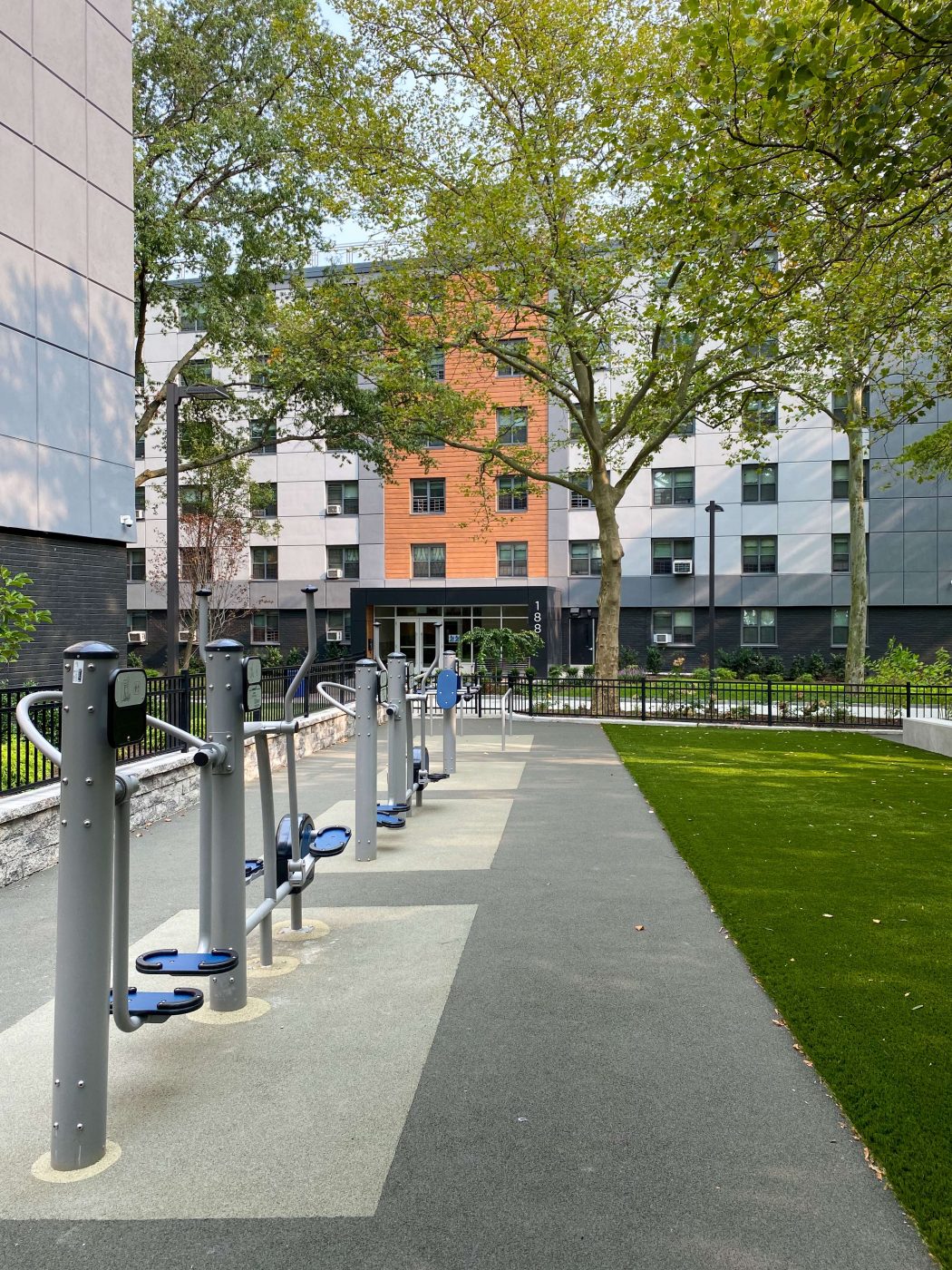 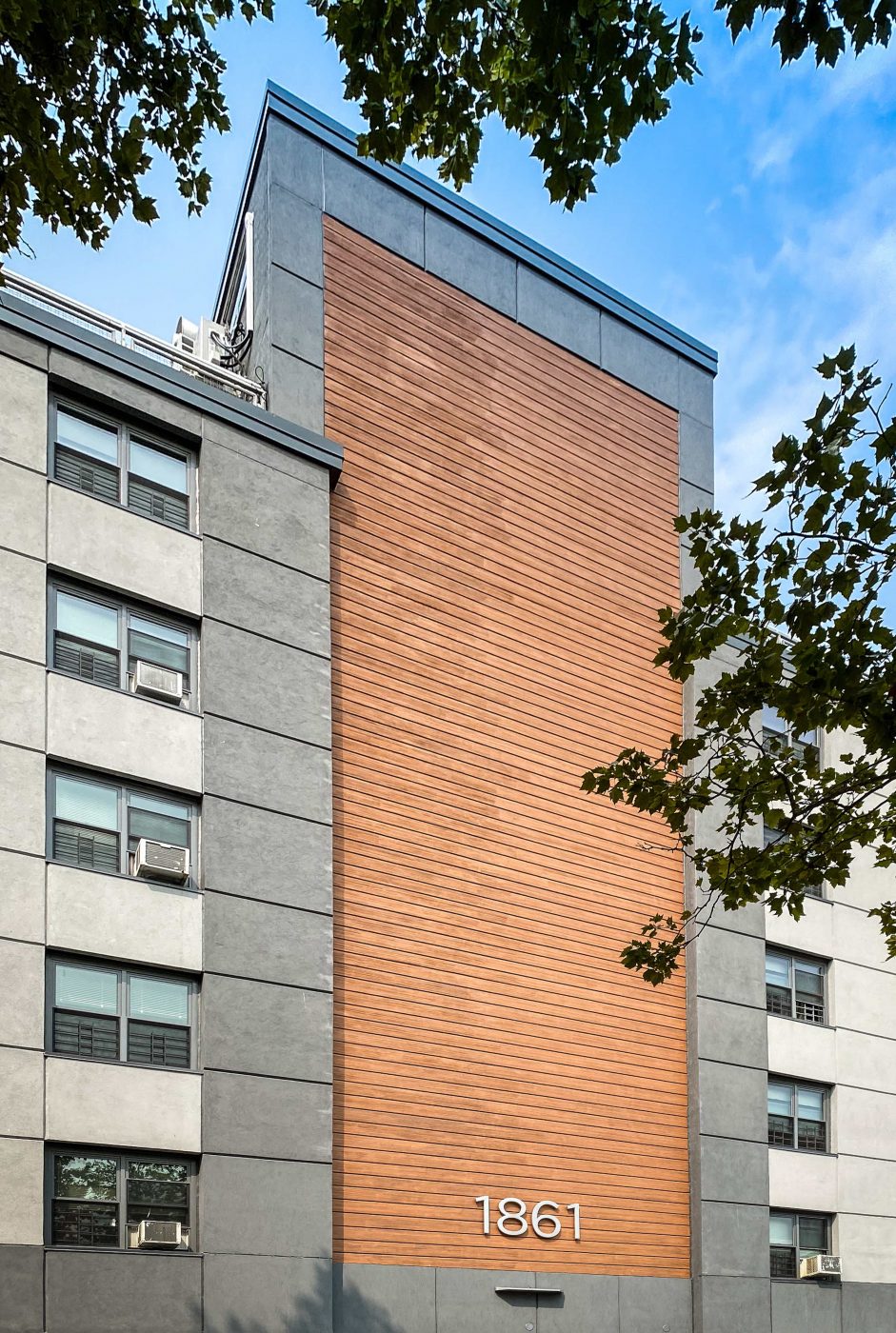 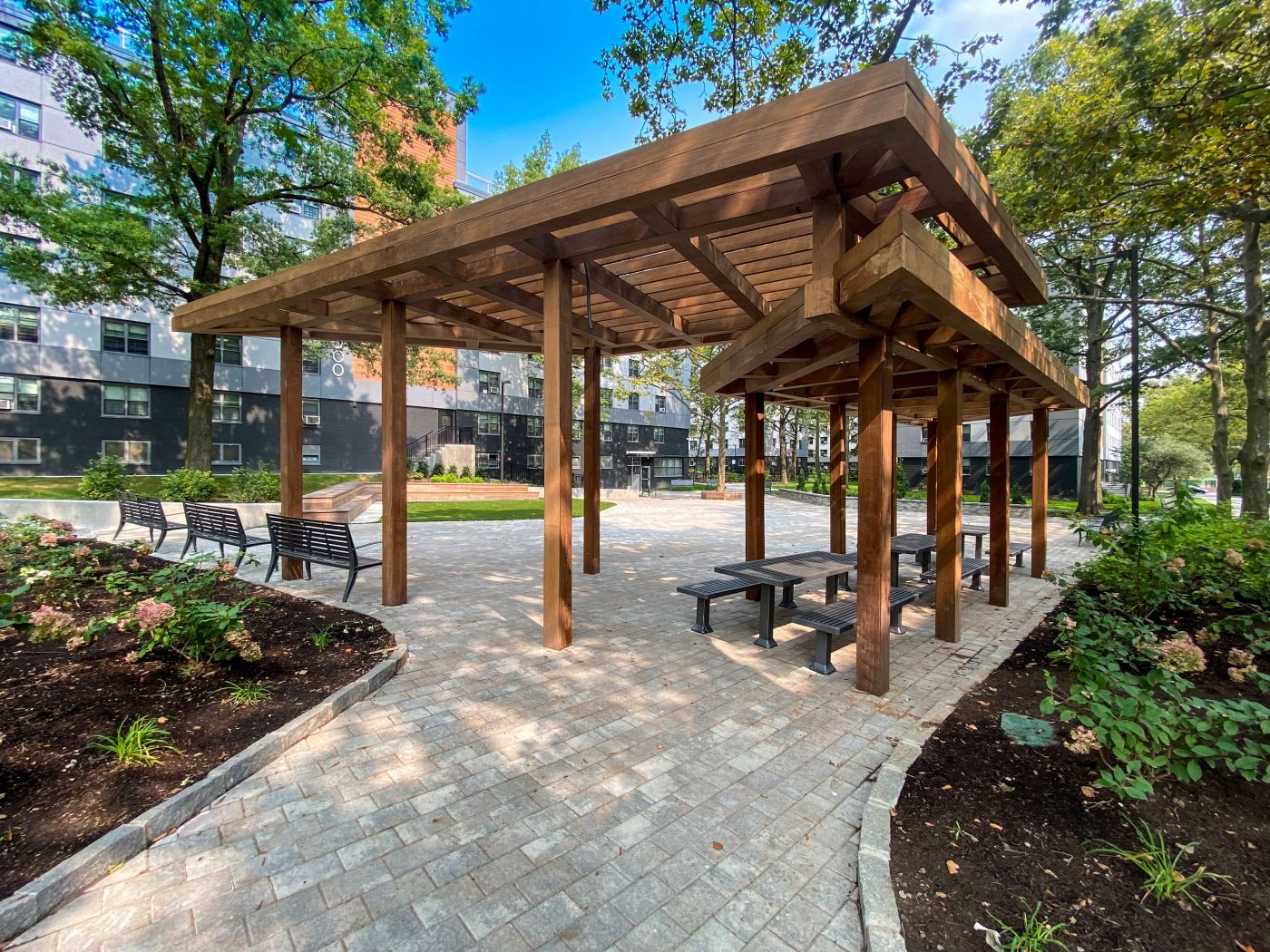 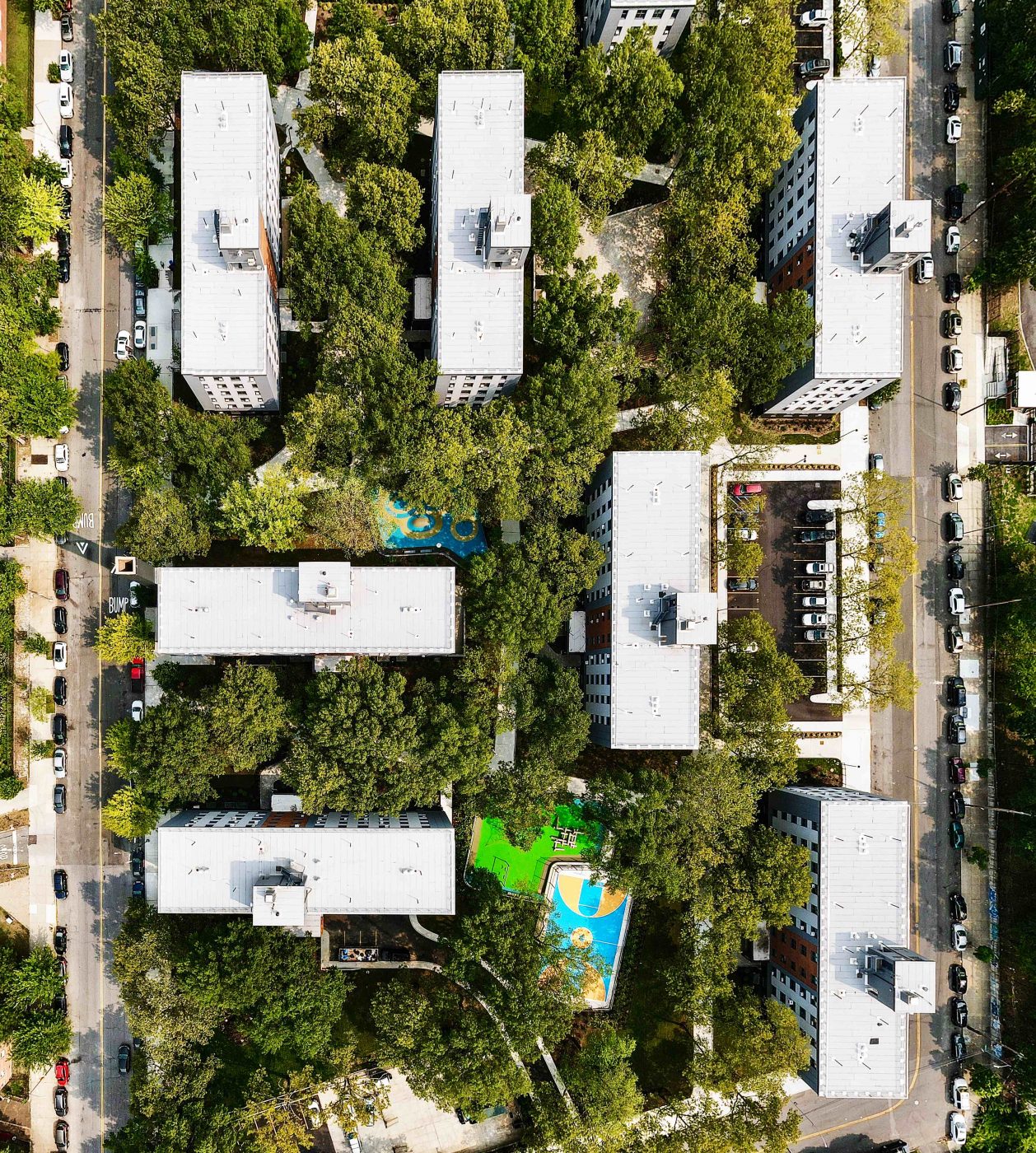 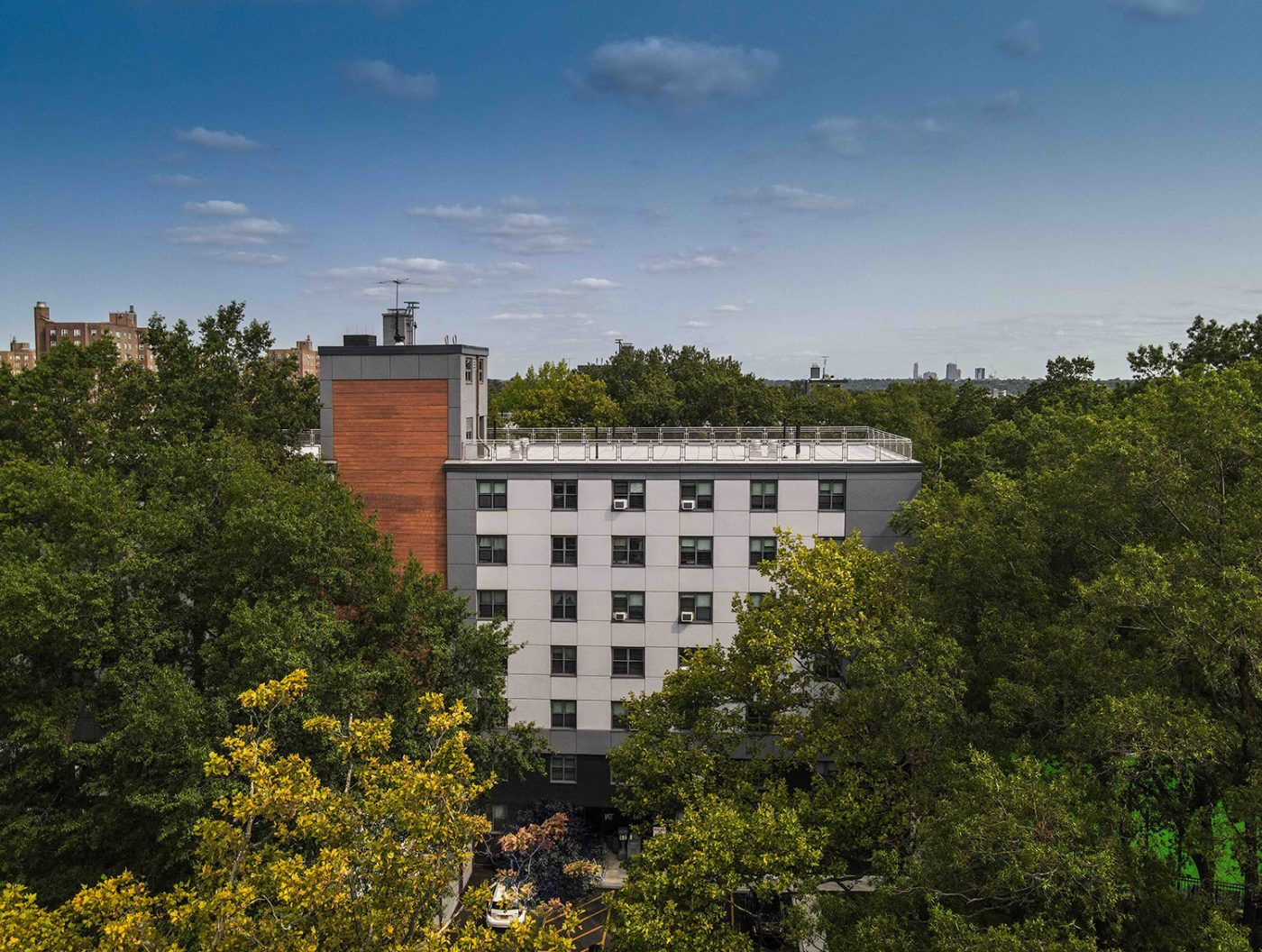 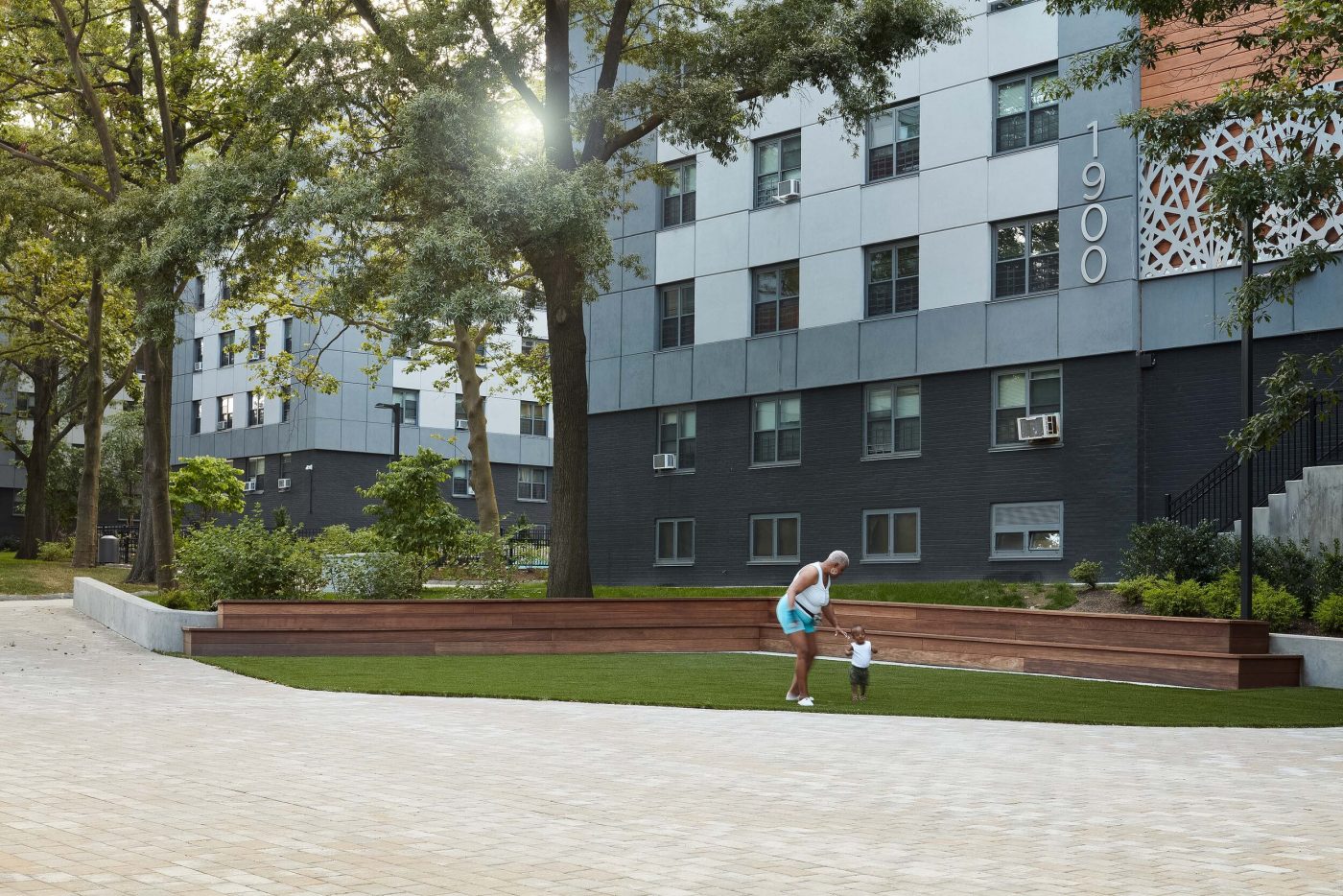 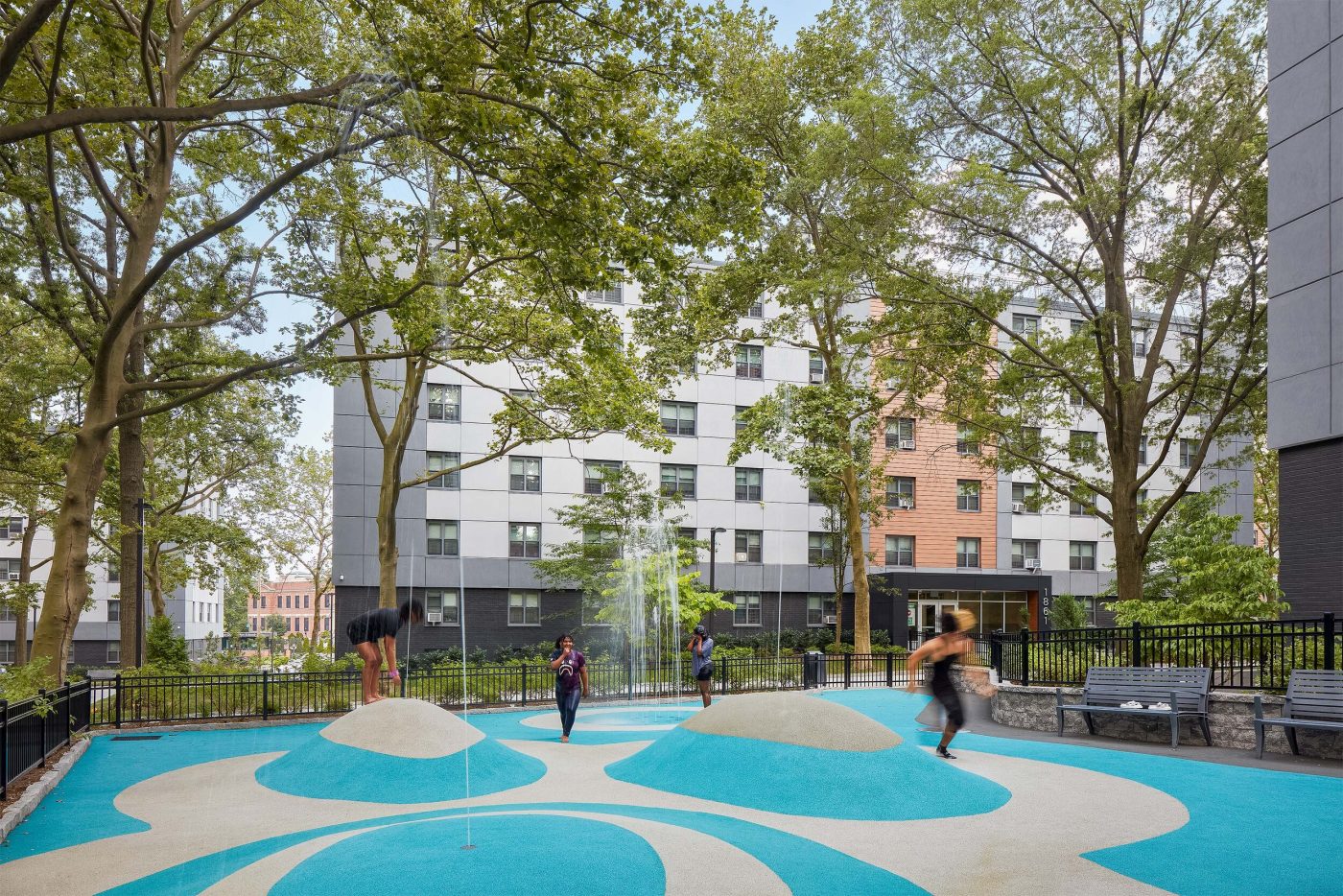 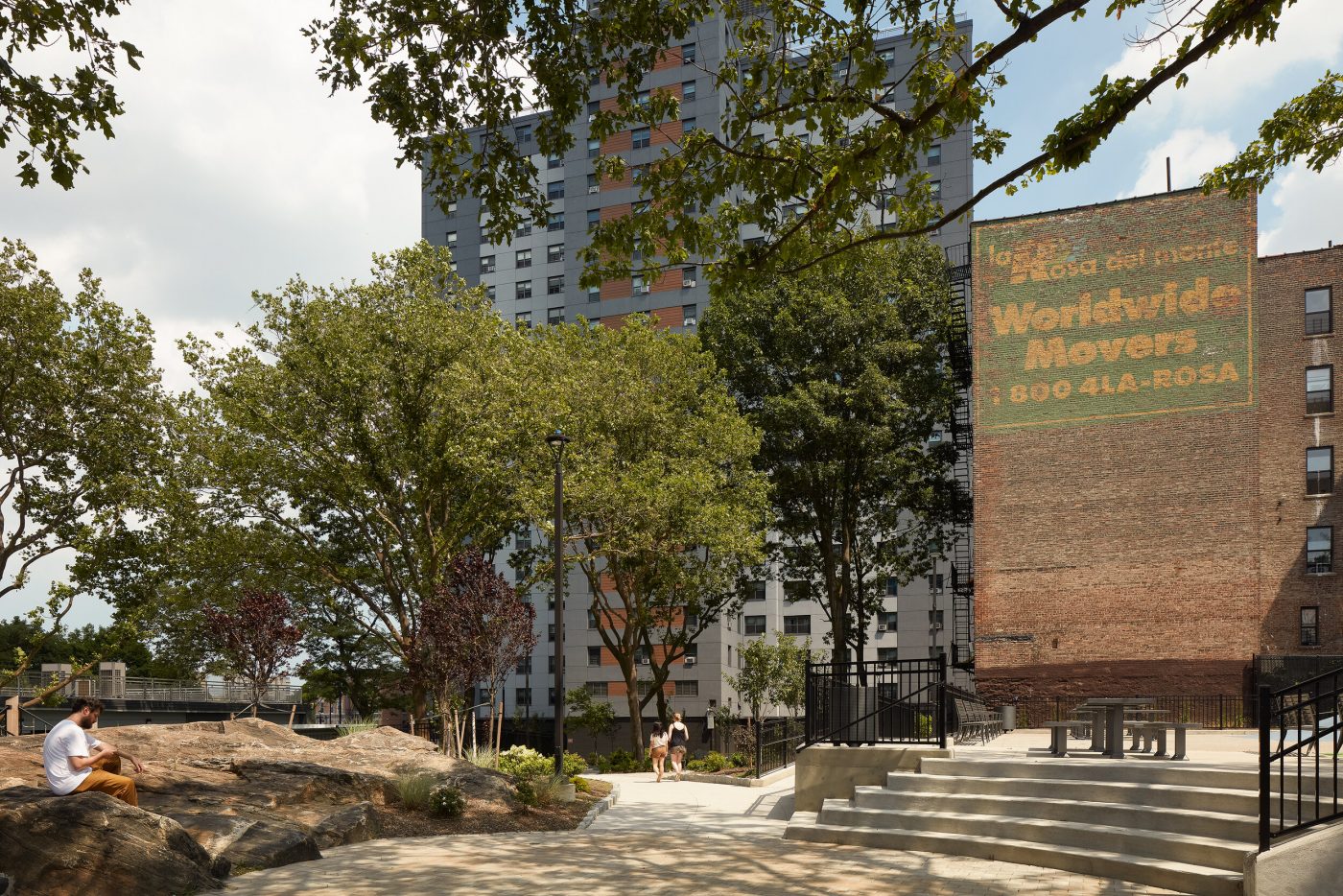 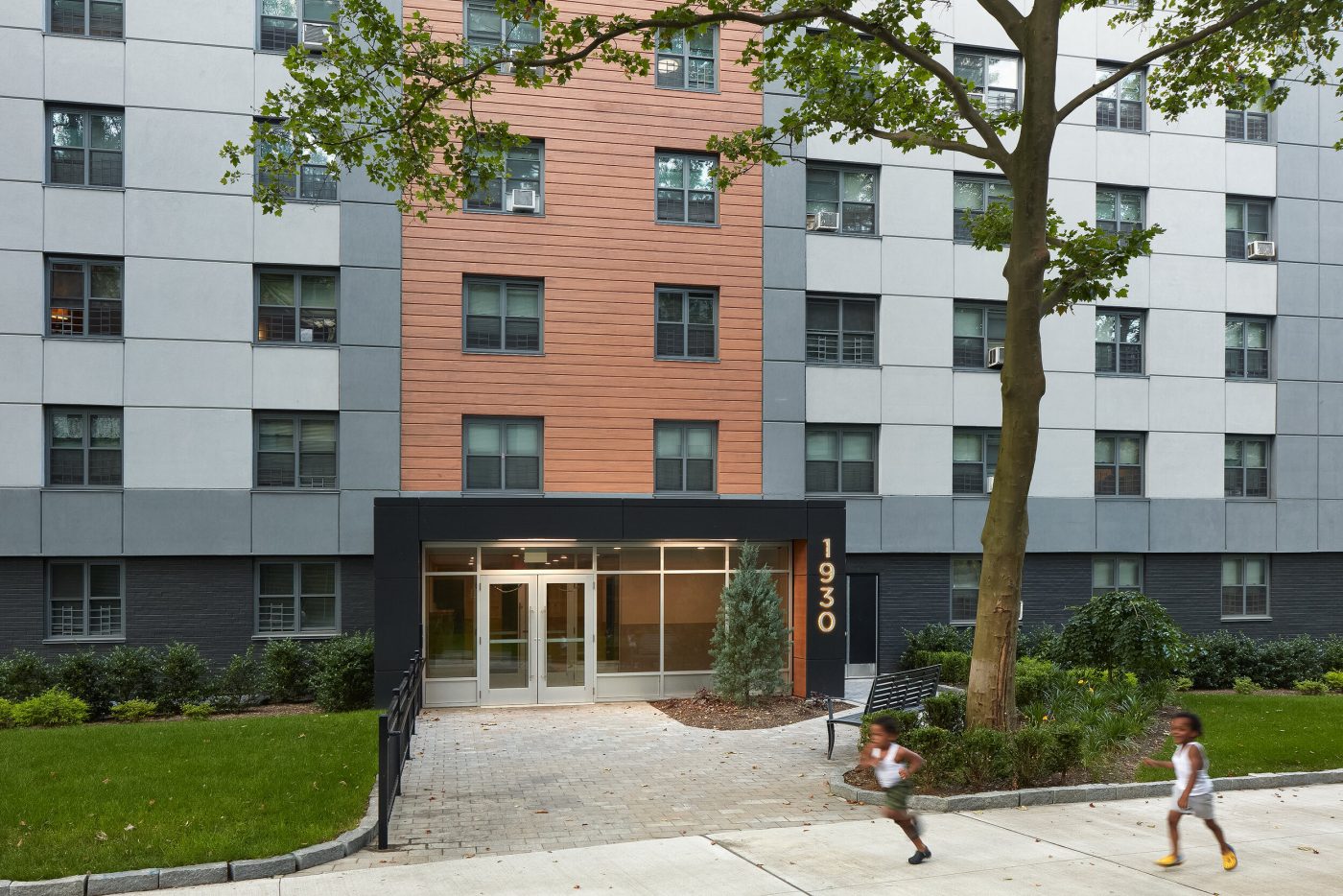