GDS Development Management (GDSNY) announced today that they have signed a five-year lease at 28&7 with advertising agency R/GA. R/GA has taken 17,360 square feet of office space on 6th and 7th floors of the SOM-designed building. This new lease is another in a series of creative agencies, filmmakers and media companies coming to GDSNY properties in the city.

R/GA has received a number of industry honors for its creative and media work, including Advertising Age’s A-List in 2022, Adweek’s Digital Agency of the Decade in 2009 and Campaign Magazine’s Digital Innovation Agency of the Decade. The agency’s clients include some of the most indelible brands in the world, including Nike, Beats by Dre, Google, Verizon, and Pepsi.

28&7 is a new Class-A boutique office building in the Chelsea neighborhood of Manhattan. Located at the corner of 28th Street and Seventh Avenue, directly adjacent to the Fashion Institute of Technology, the building stands at a dynamic crossroads—with the NoMad district to the east and Penn Station and Hudson Yards just minutes to the west.

The 12-story building features a bold yet timelessly elegant facade, expressed as a structural grid of black glazed terracotta. With smooth, sculptural contours, the custom-designed curved terracotta profiles catch and reflect light. The reflective black glaze distinguishes the building from its masonry neighbors and creates an elegant silhouette along Seventh Avenue. The terracotta grid is equally divided along a nominal ten-foot module that allows for flexible tenant fit outs, from open workplaces to perimeter offices. The grid spacing widens at the ground level, maximizing visibility for the storefronts and the lobby. The building is LEED® Gold certified.

“We are delighted to welcome R/GA to 28&7,” says David Roll, Head of Leasing at GDSNY. “Creative agencies continue to be drawn to GDSNY’s properties in New York because of the emphasis on design and quality.”

Both landlord and tenant were represented by Paul Amrich and Neil King of CBRE. 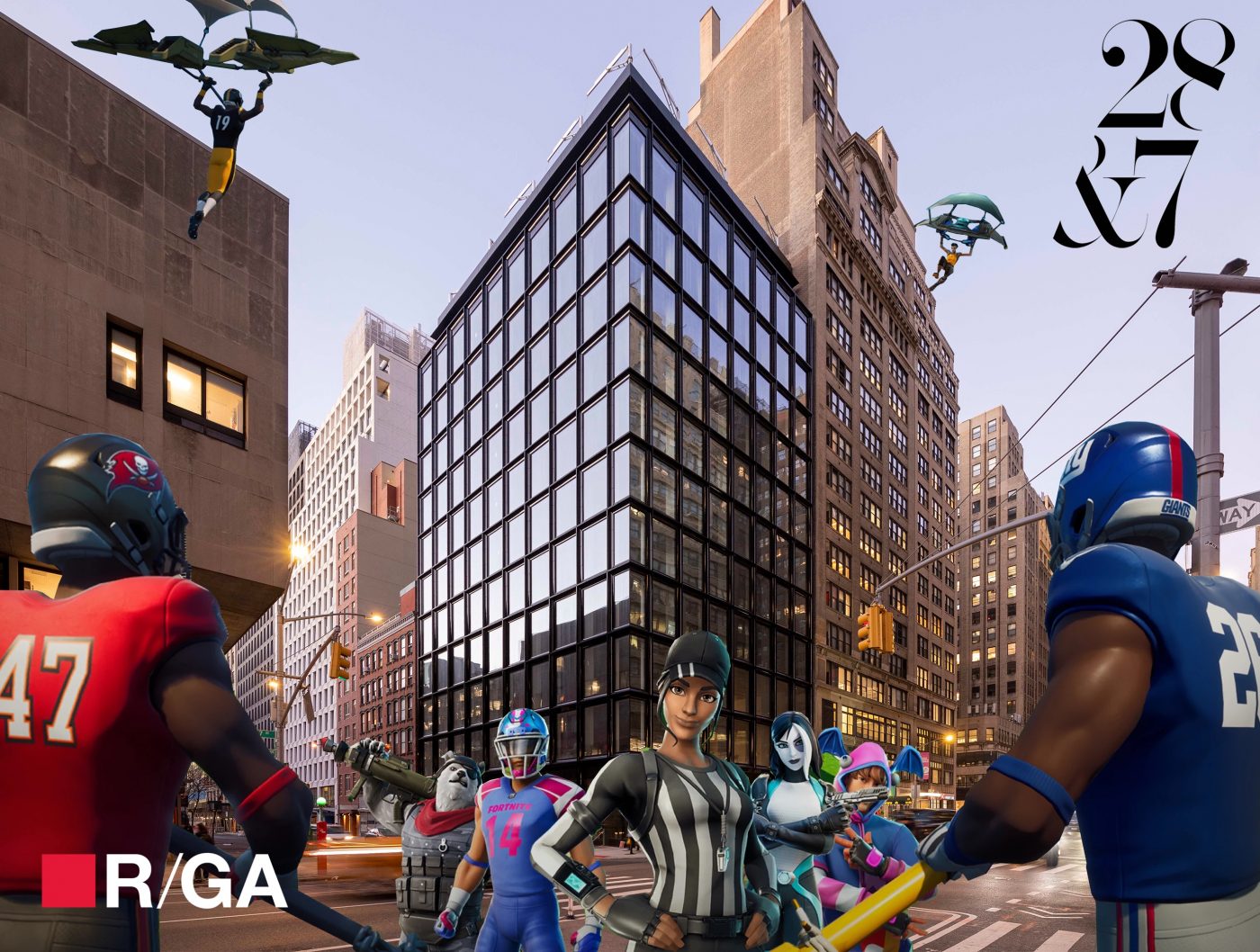