Exterior work is wrapping up on 1245 Broadway, a 23-story commercial building in NoMad. Designed by Skidmore Owings & Merrill and developed by GDSNY and Sweden-based Klövern AB, the 318-foot-tall reinforced concrete structure will yield 200,000 square feet of office space with marketing and leasing handled by CBRE. StructureTech NY and Triton Construction are both in charge of building the Midtown, Manhattan property, which stands at the corner of West 31st Street and Broadway, a short walk from Koreatown, Herald Square, and Madison Square Park.

Since our last update in late October, nearly all of the remaining windows have been installed. Sidewalk scaffolding still surrounds the ground floor, but should be removed in the coming weeks.

It was last reported that 1245 Broadway will feature a range of amenities including a private tenant lounge with skylights, private phone booths, a fireplace, communal work areas, and a beverage station. In recent news, celebrity chef Matthew Kenney recently signed a lease for a 7,900-square-foot vegetarian restaurant with a brasserie-style menu on the lower levels. The eatery will provide full-service in-office catering for tenants and take-out availability. Academy Award-winning film studio a24 also signed a 15-year lease to occupy a 41,000-square-foot office space across four floors. Both tenants are expecting to move in during the latter half of 2022.

The site is within close proximity of a number of subway lines, including the B, D, F, M, N, Q, R, W, and PATH trains at the 34th Street-Herald Square station and the 1, 2, 3, A, C, and E trains, the Long Island Railroad, NJ Transit, and Amtrak at Penn Station.

1245 Broadway’s developers are aiming for LEED Gold certification, and the building should open in the next several months. 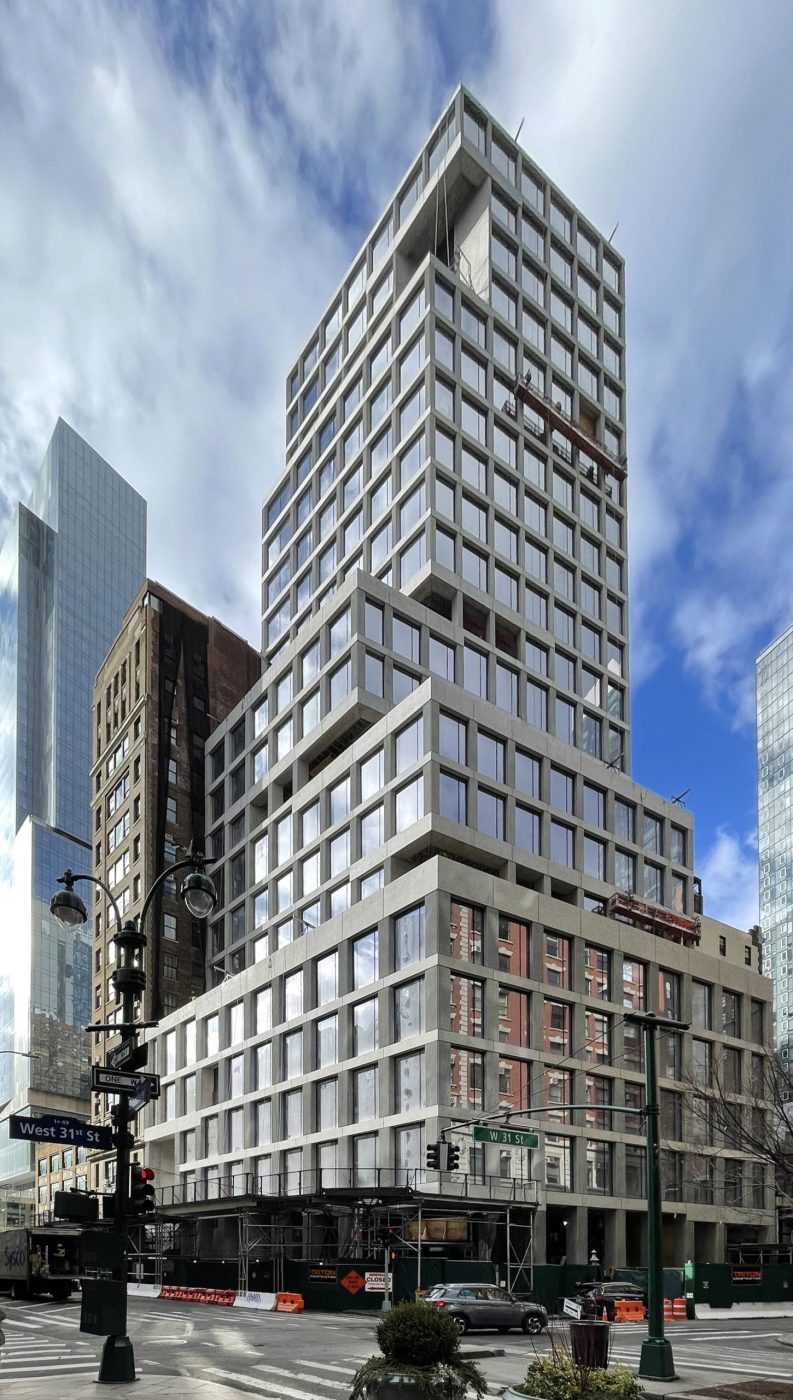 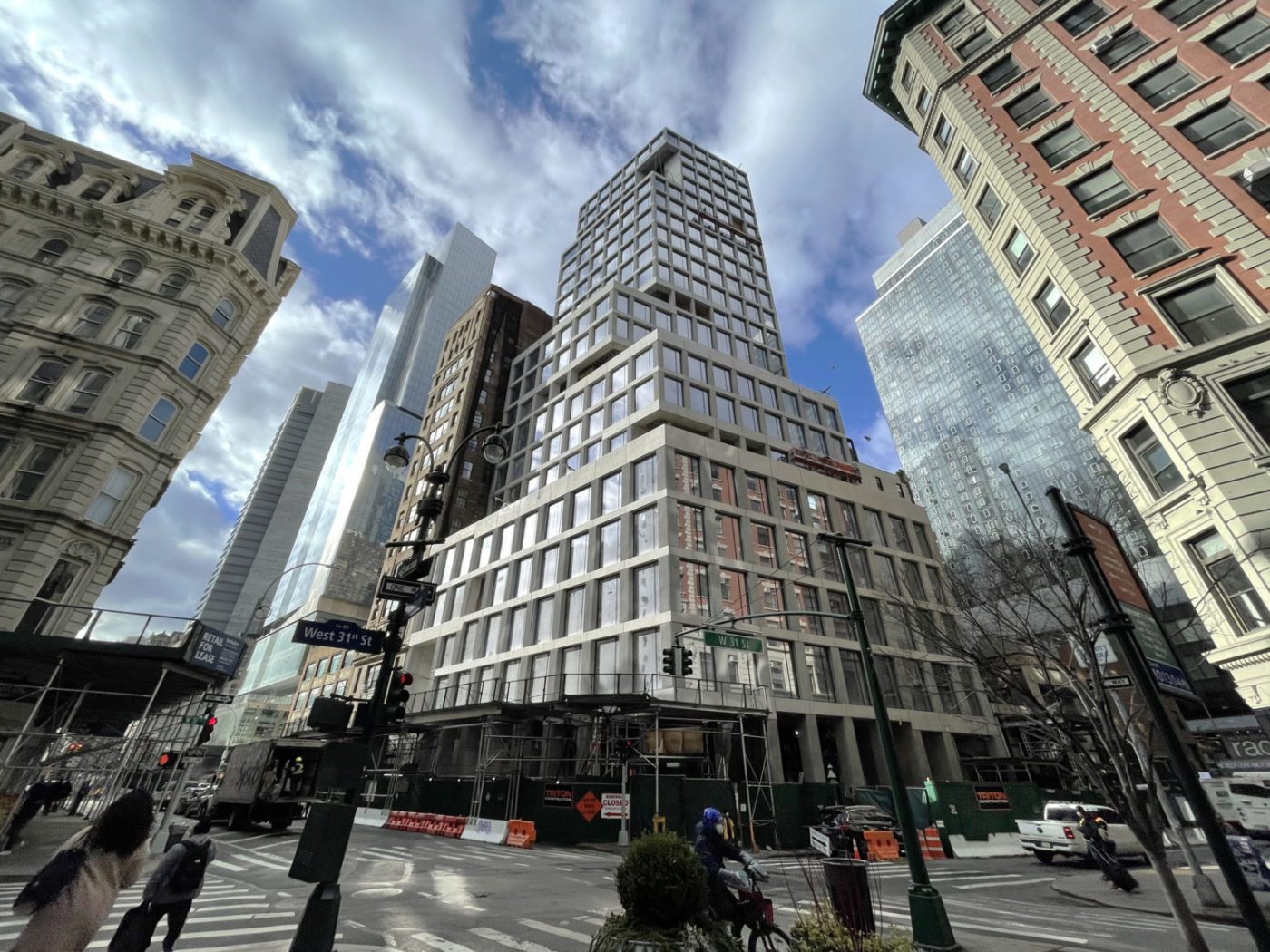 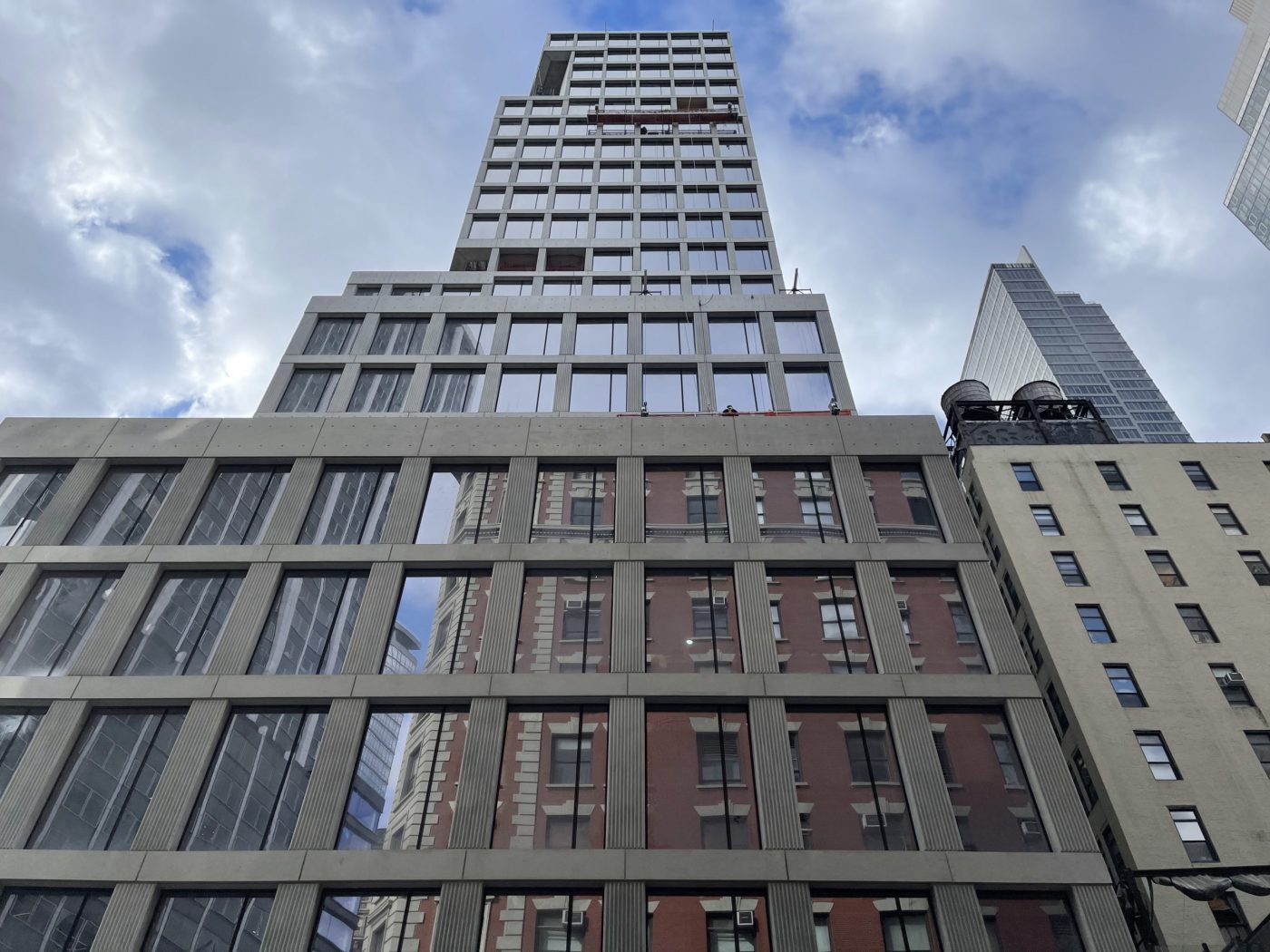 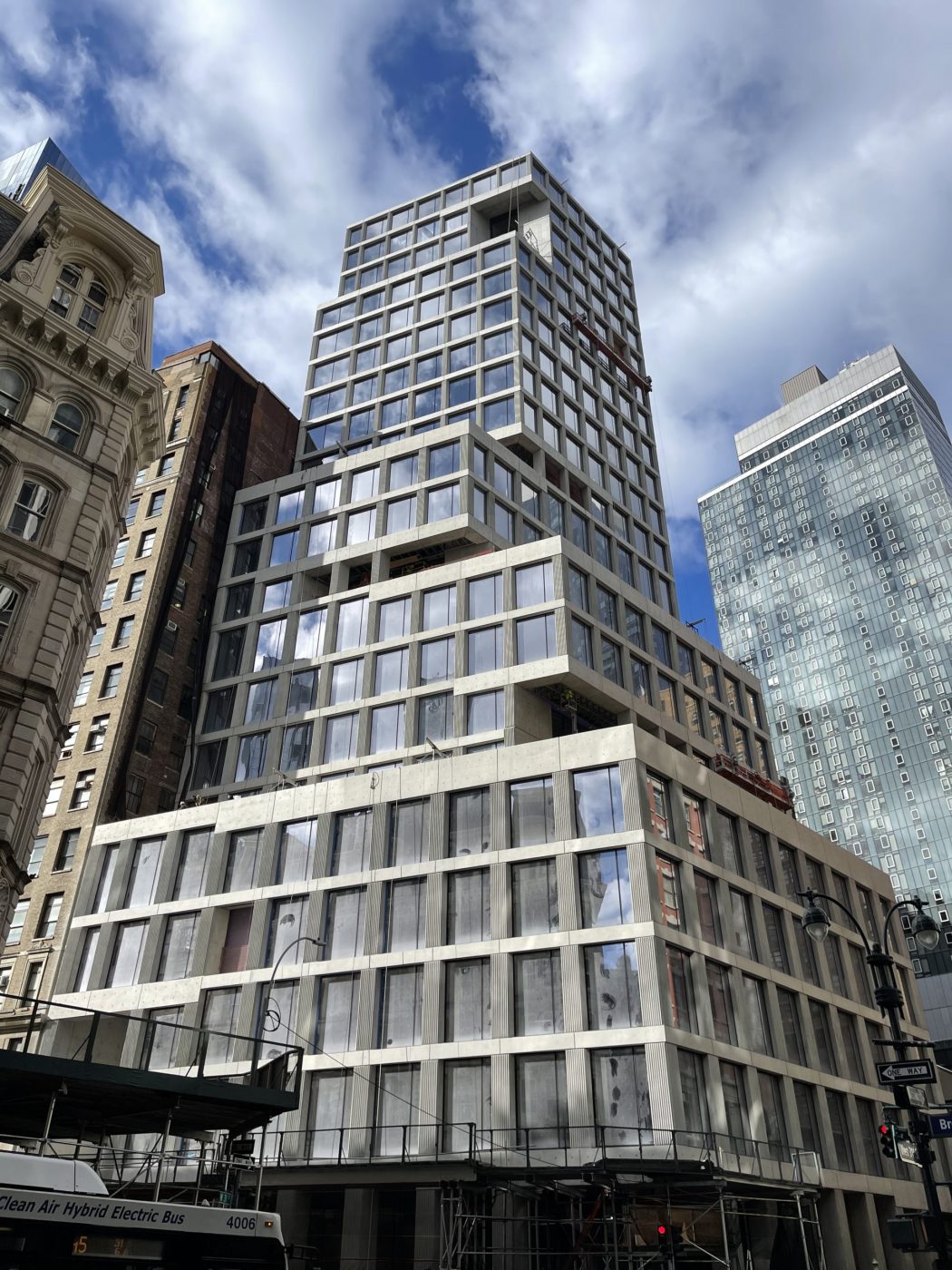 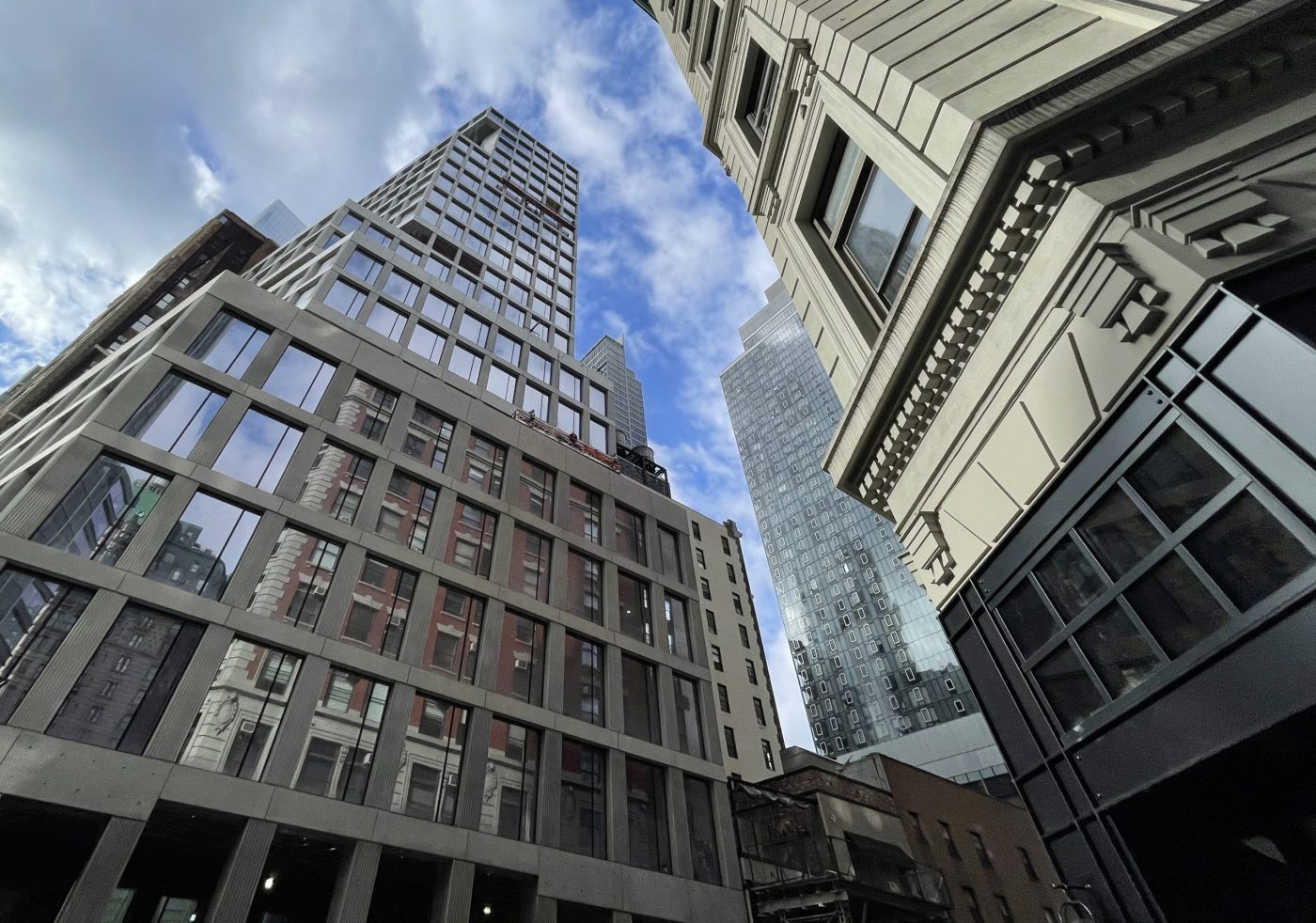 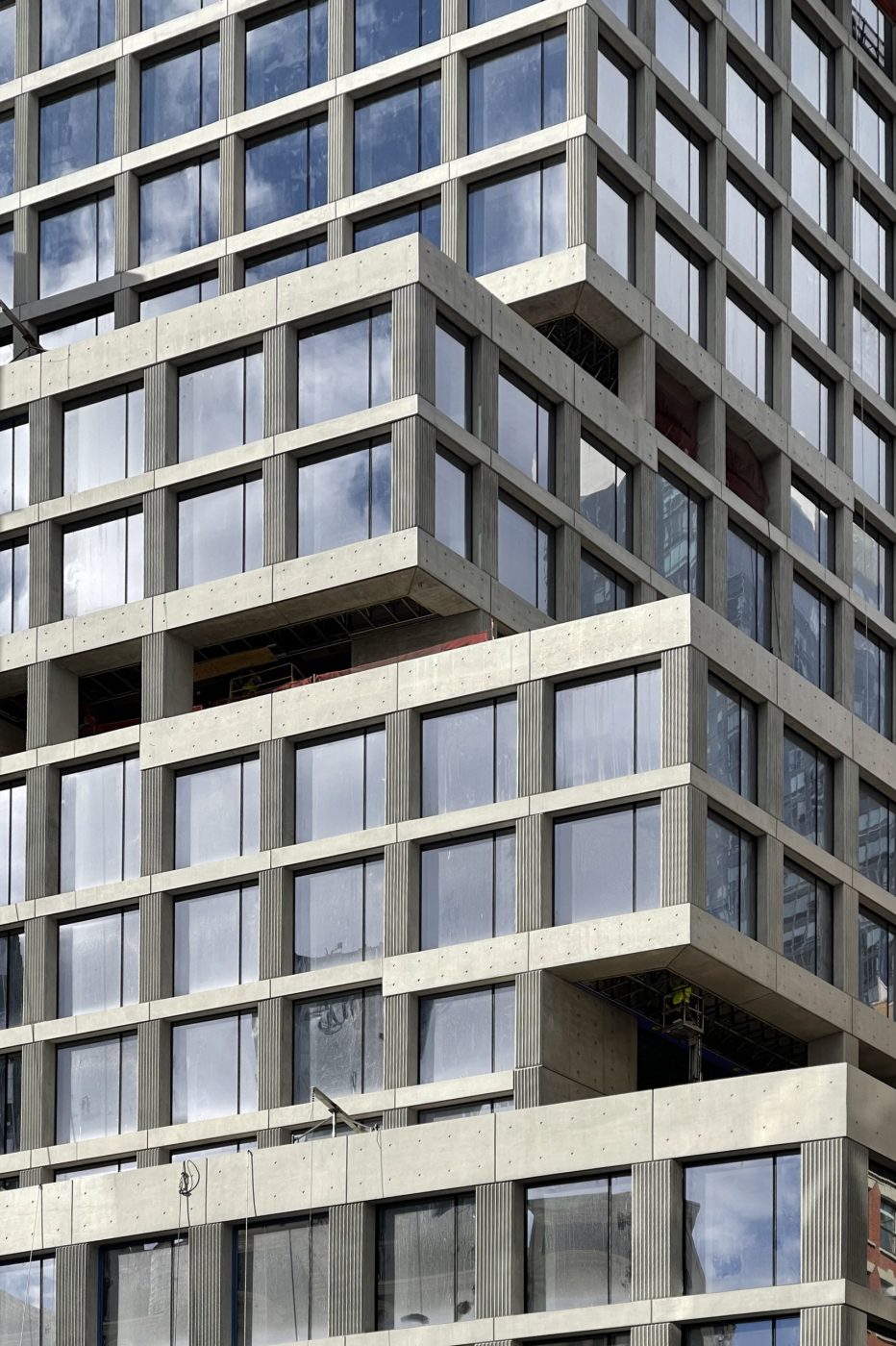 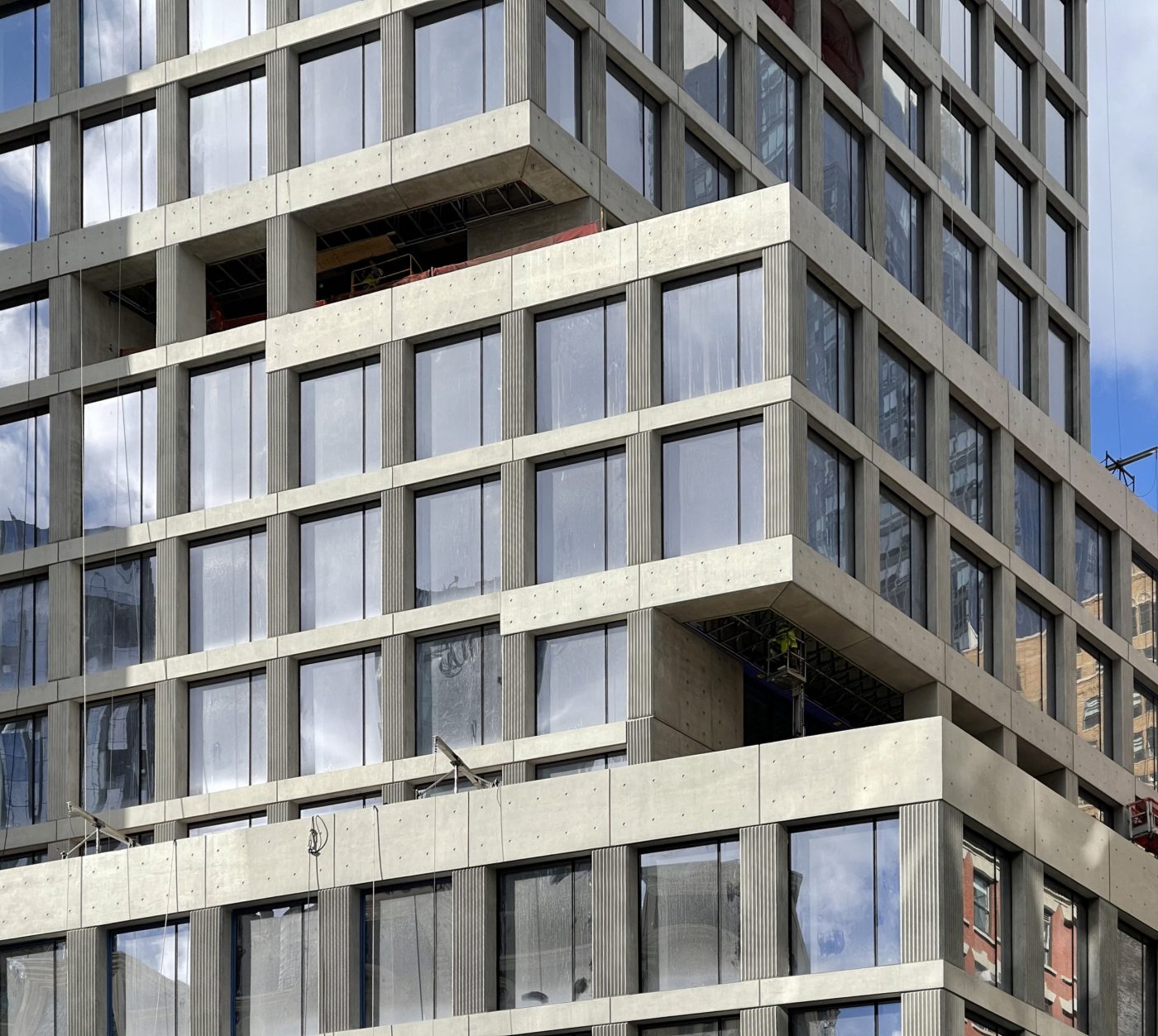 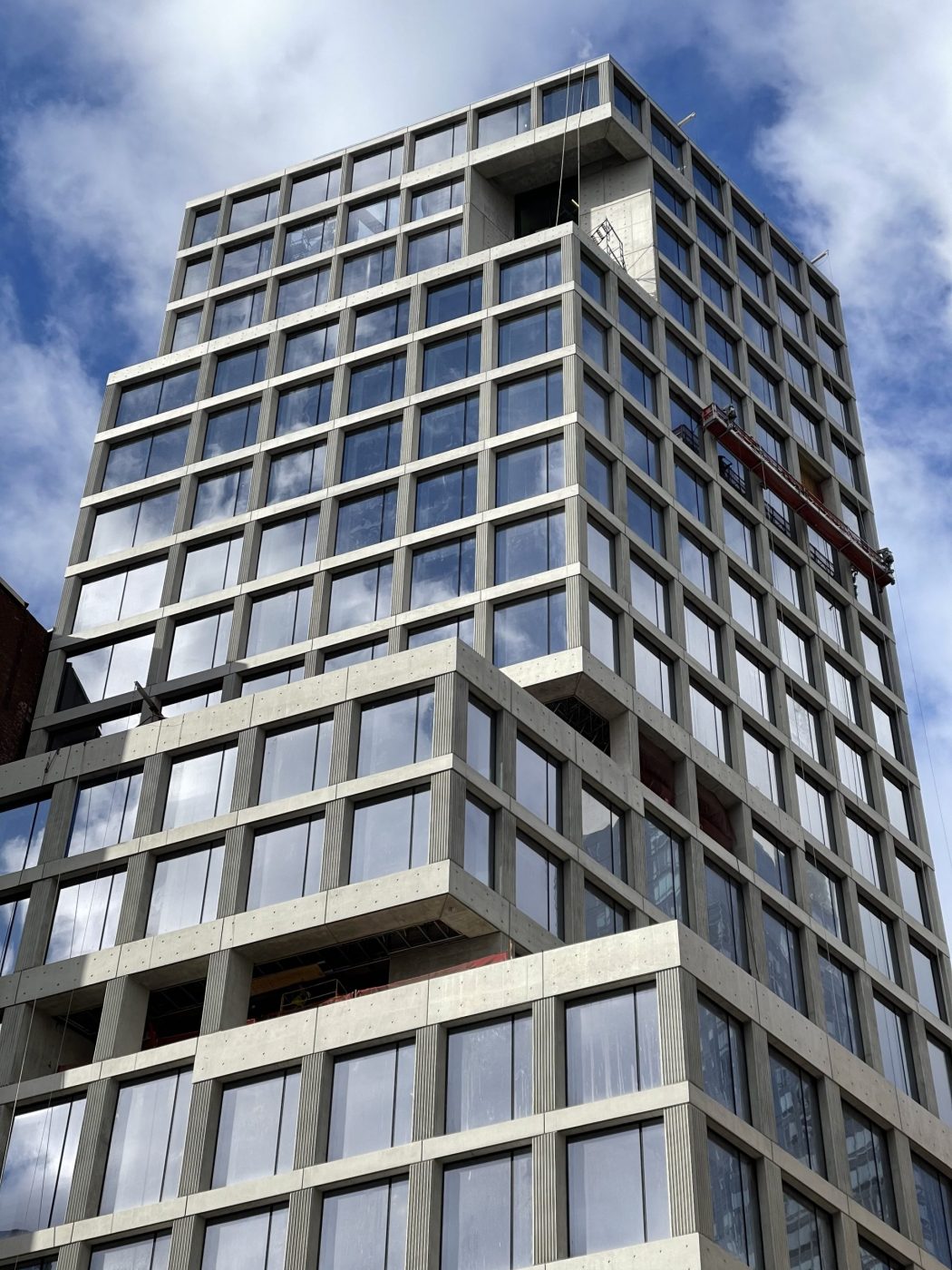 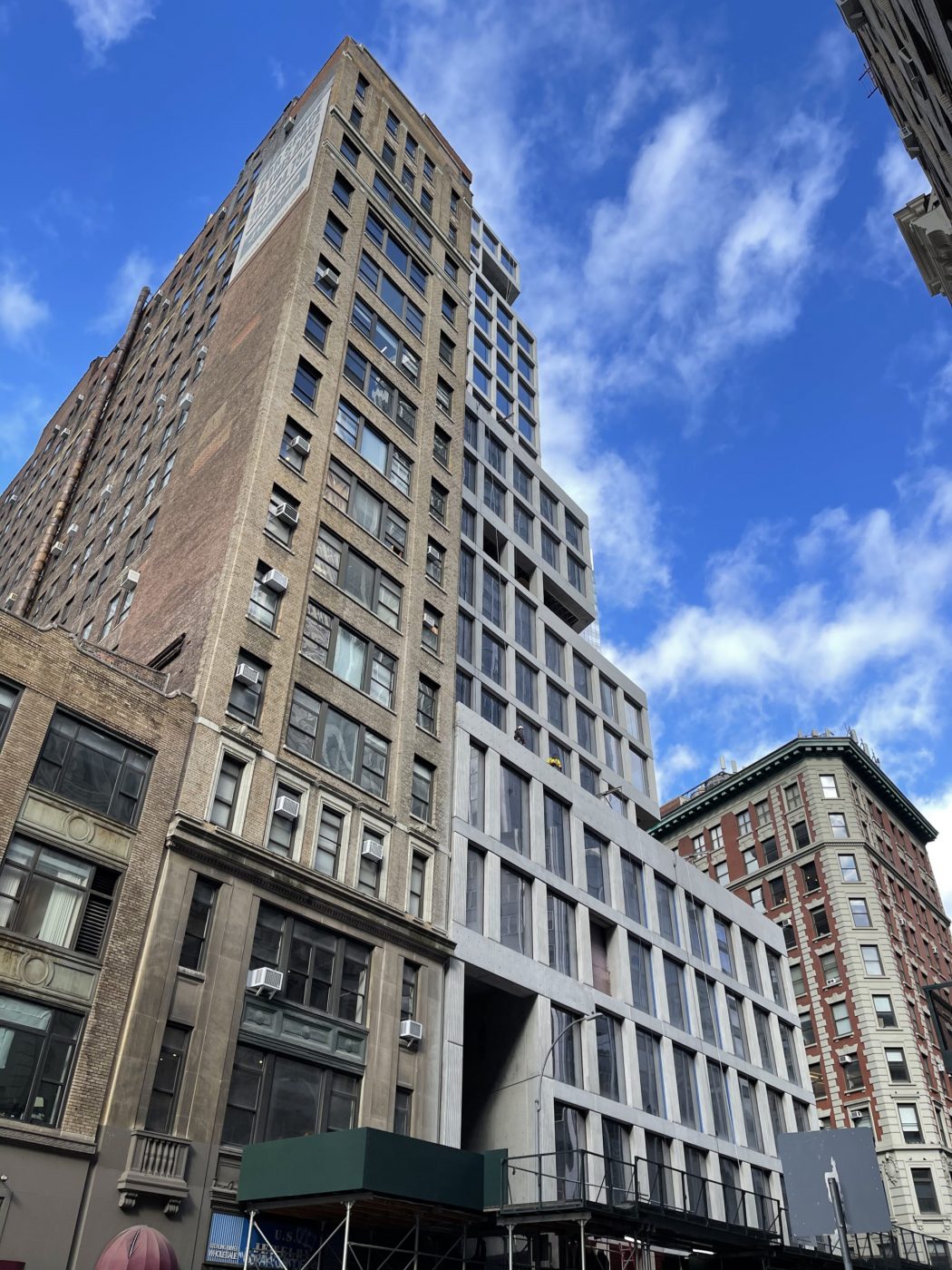 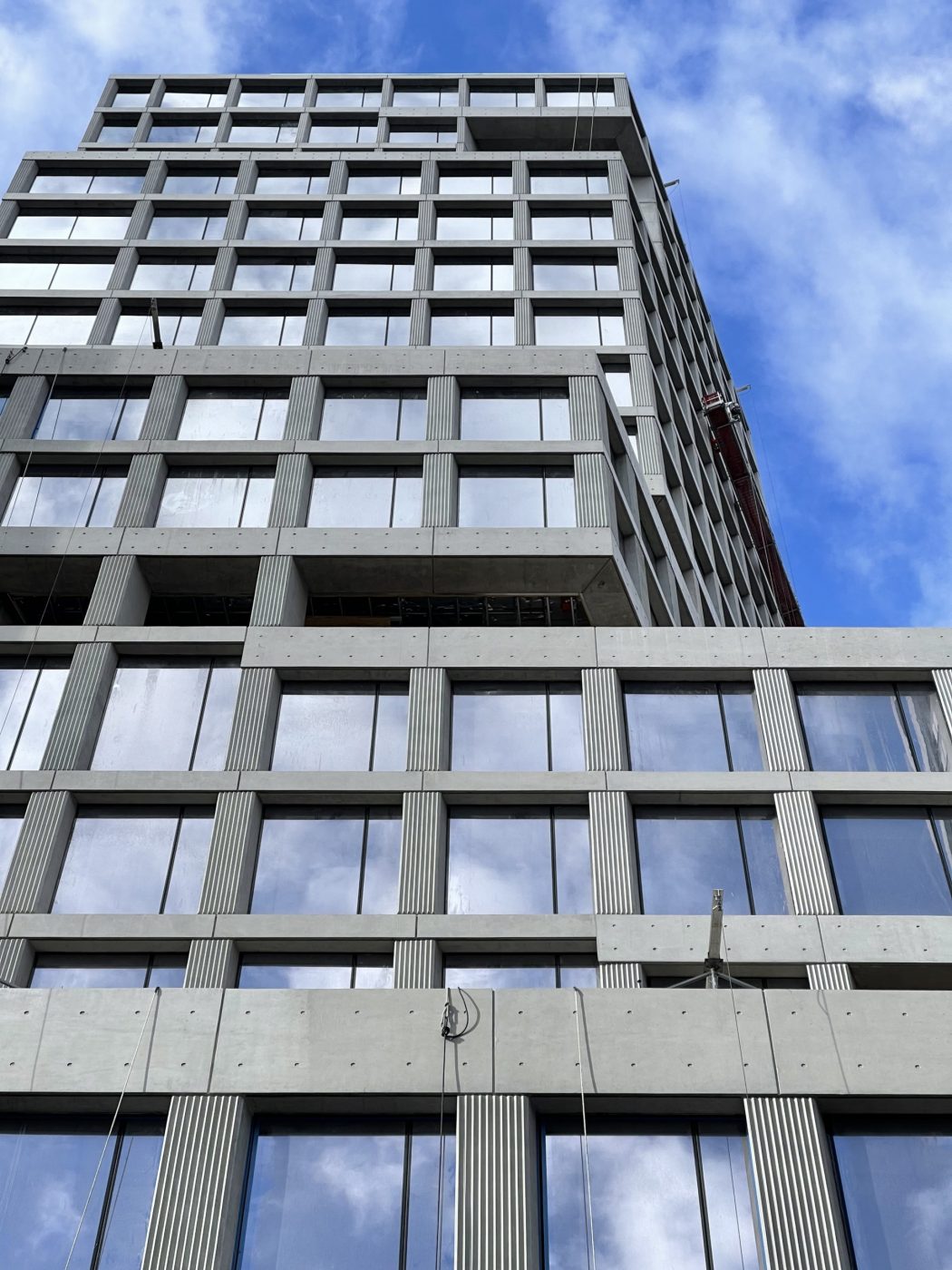