Façade installation is nearing completion on 1245 Broadway, a 23-story office building in NoMad. Designed by Skidmore Owings & Merrill and developed by GDSNY and Sweden-based Klövern AB, the 318-foot-tall building will yield 200,000 square feet of commercial space with leasing managed by CBRE. StructureTech NY and Triton Construction are in charge of constructing the Midtown, Manhattan project, which stands at the corner of West 31st Street and Broadway.

Photos show more of the large square windows installed since our last update in late March.

There are only a handful of glass panels left to be installed, as well as those that will fill in the gap where the exterior hoist on the eastern elevation facing Broadway is still attached. Because they are not flush with the concrete surface, the result is shadows that create a subtle layer of depth and highlight the rigid reinforced concrete edifice. This appearance is best seen in the morning while the sunlight hits both the eastern and northern sides of the office building. There are vertical grooves on the columns between each window, while the horizontal members along the edges of each floor plate and setback are cleanly smoothed out. Some of these have shallow holes arranged in a grid, and can also be spotted around the tall blank walls that surround the open-air voids as part of the numerous terrace spaces.

1245 Broadway will offer a range of amenities including a private tenant lounge with skylights, private phone booths, a fireplace, communal work areas, and a beverage station. Celebrity chef Matthew Kenney signed a lease for a 7,900-square-foot restaurant on the lower levels. The plant-based establishment will serve fine dining with a brasserie-style menu, full-service in-office catering for tenants, and take-out availability.

Construction on 1245 Broadway could wrap up by the end of the year, and developers are aiming for LEED Silver certification. 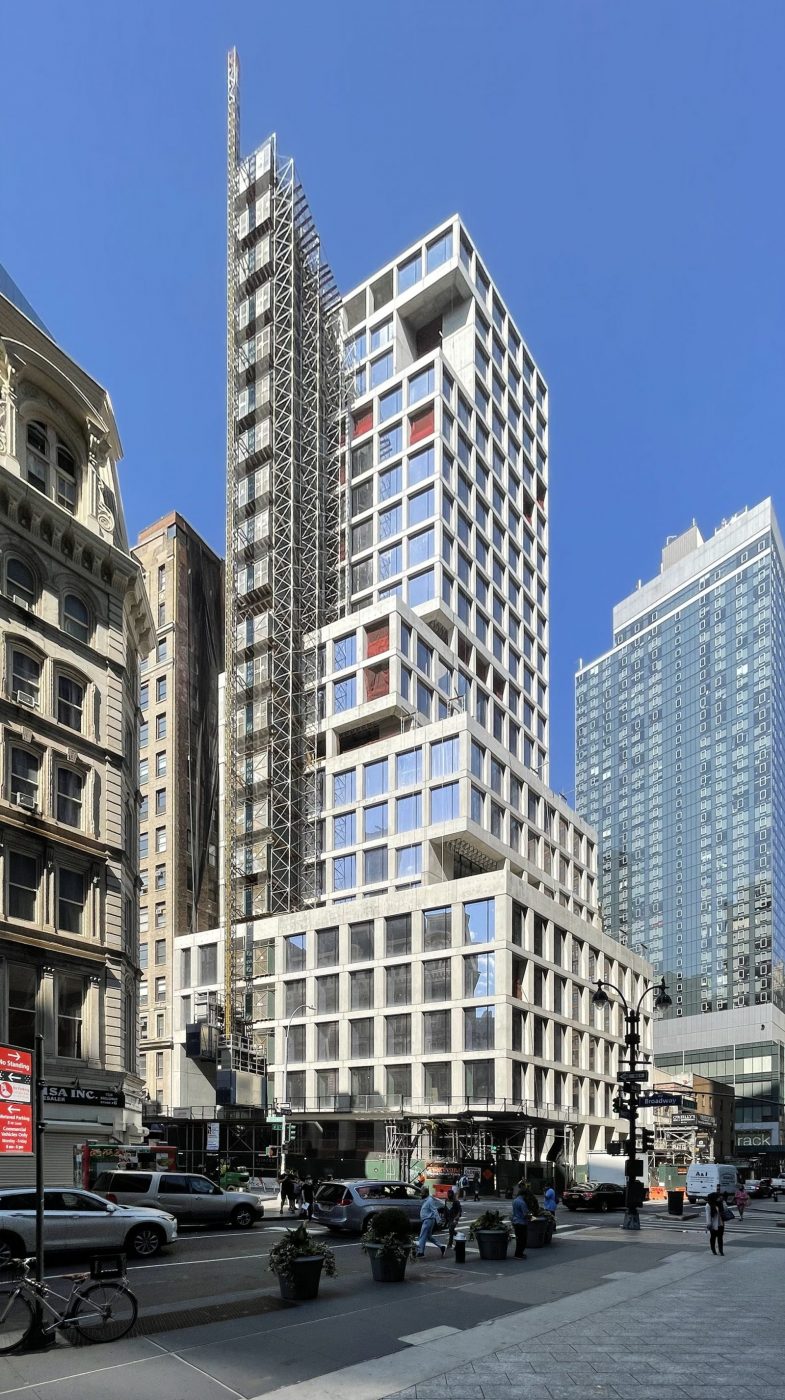 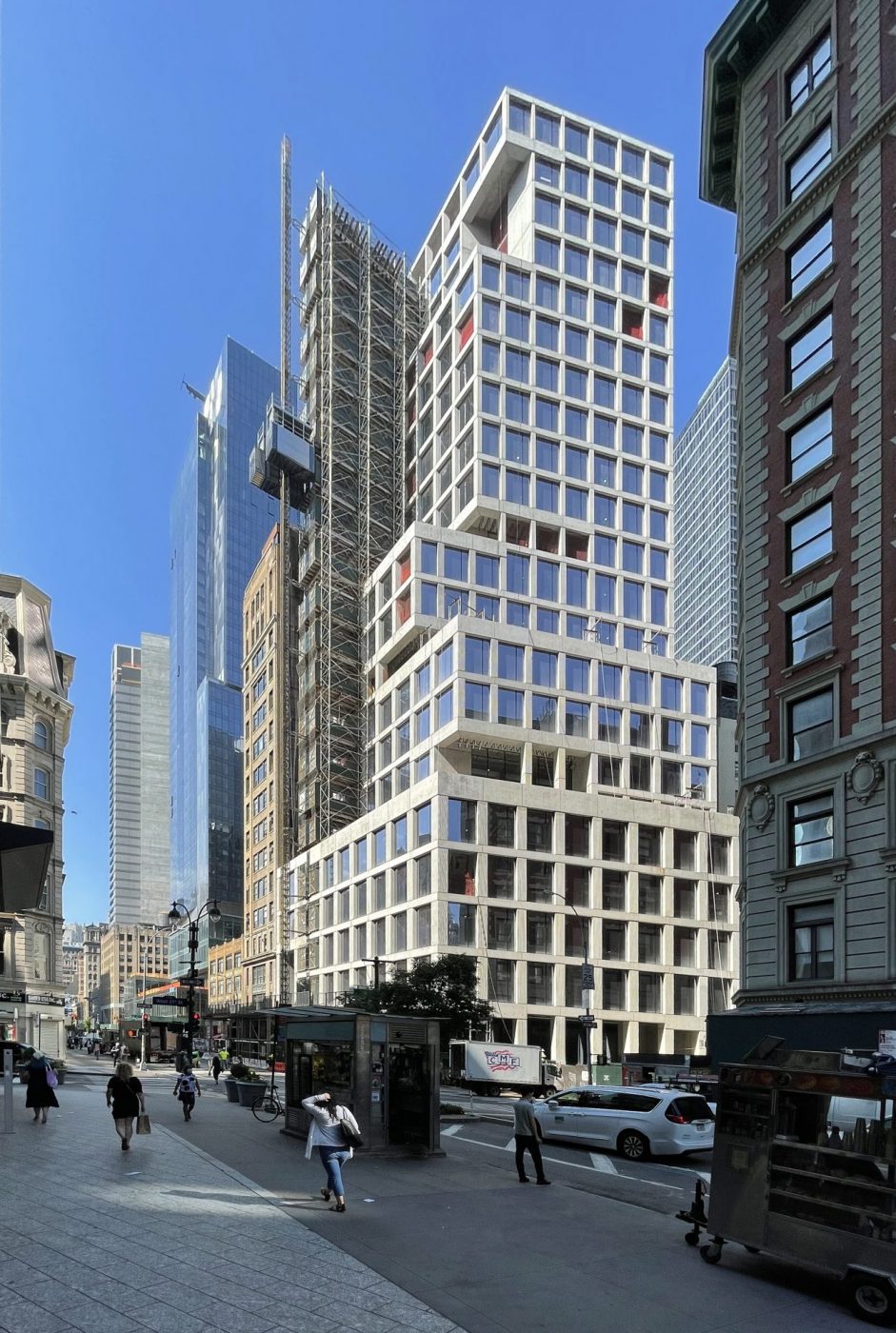 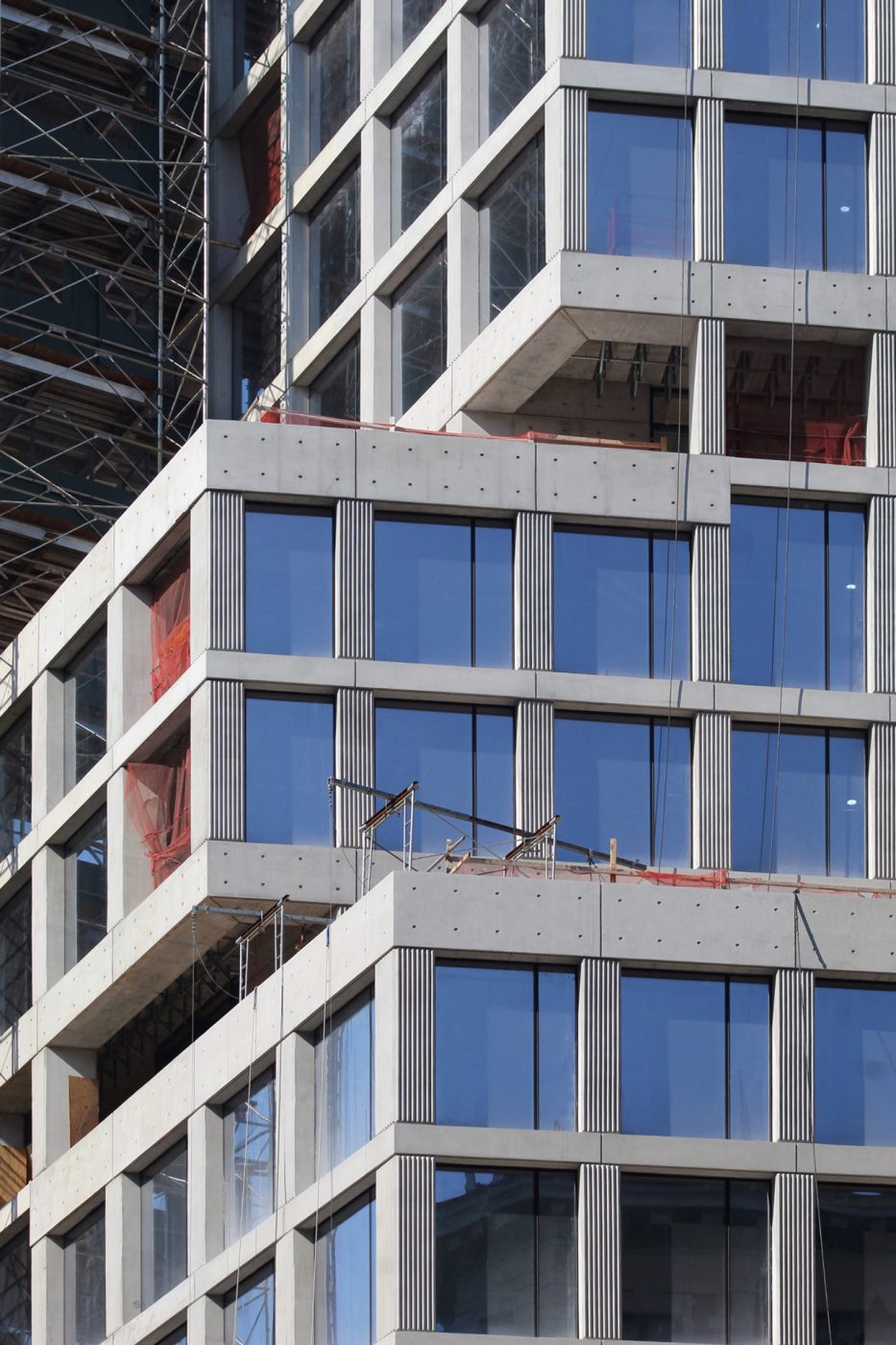 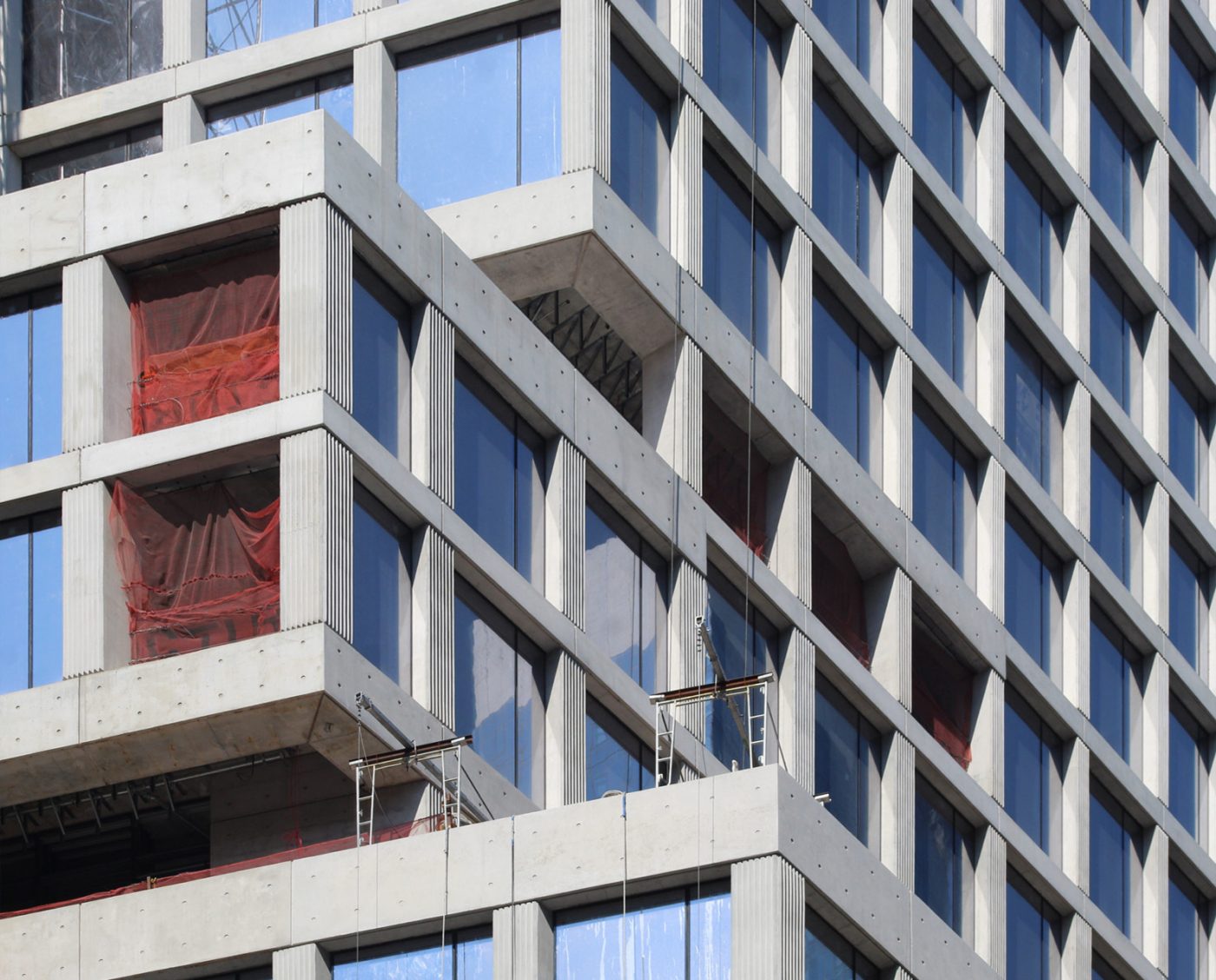 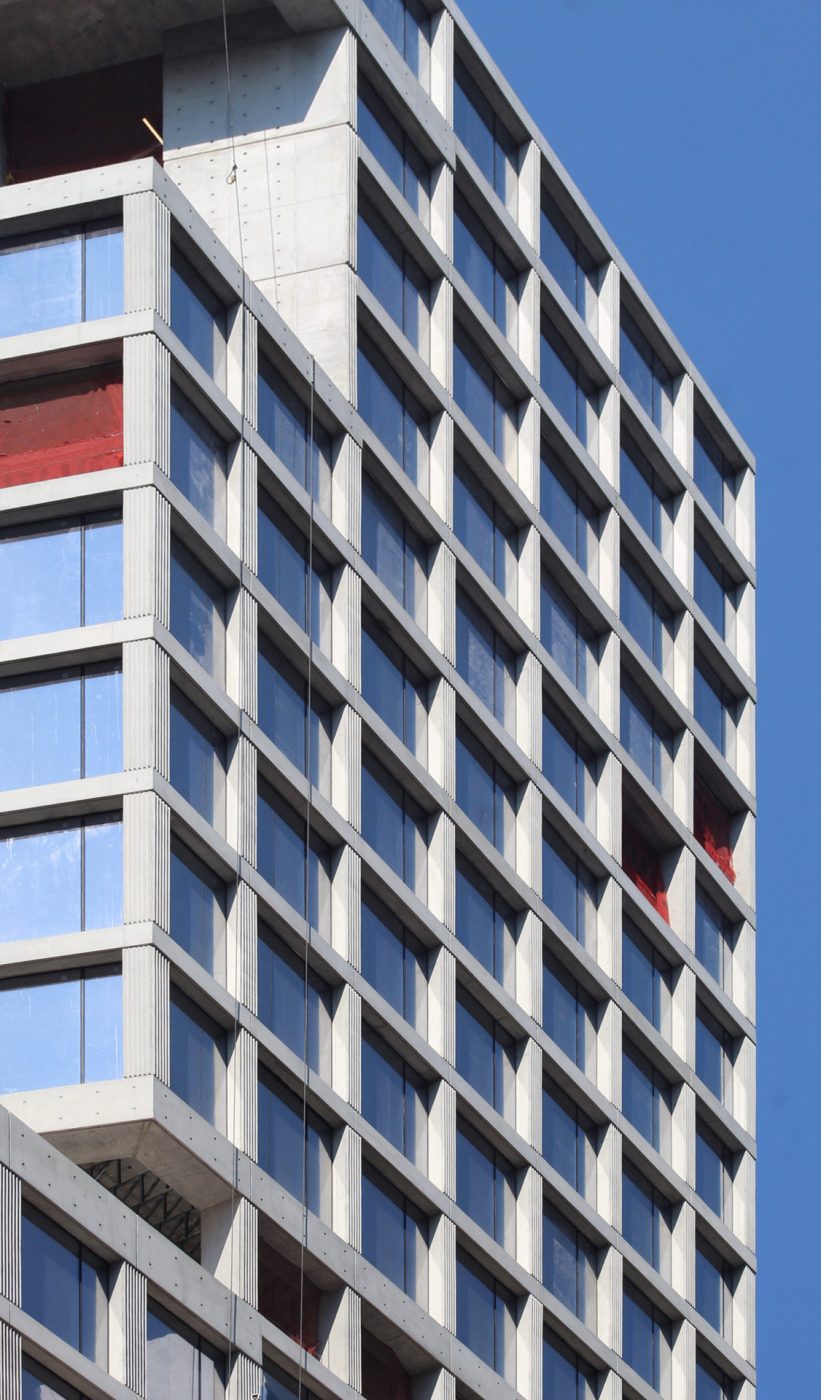 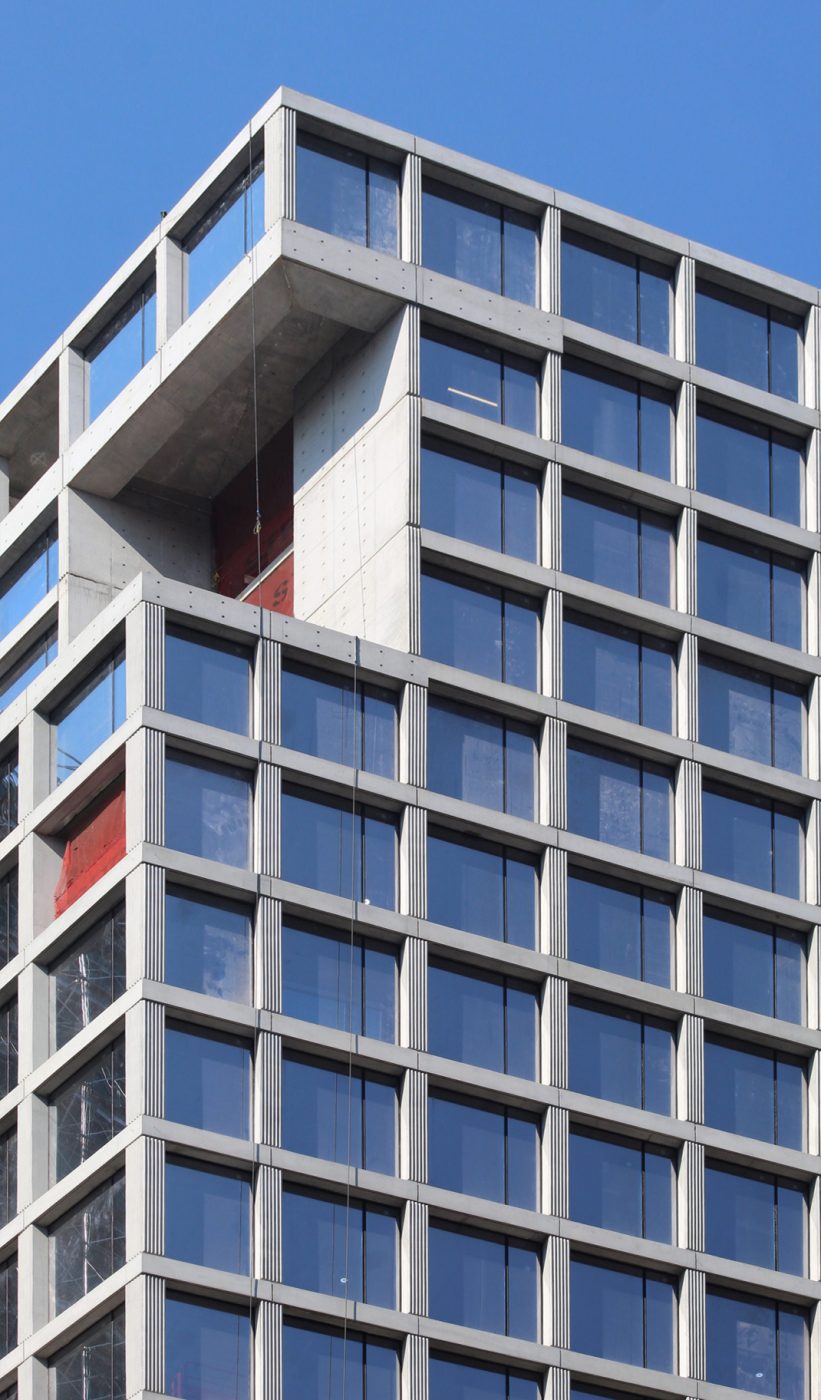