Construction is making vertical progress at 1245 Broadway in NoMad, the site of a 23-story Skidmore Owings and Merrill-designed commercial office building. The 318-foot-tall, 200,000-square-foot project is being co-developed by GDSNY and Sweden-based Klovern and built by Triton Construction. CBRE has begun leasing the building’s class A office space, and is also in charge of leasing for the ground-floor retail component.

“The timing could not be better for this project,” said Paul Amrich, vice chairman, New York tri-state region for CBRE. “To have a building of this quality, being built at this moment, in this location, is an extraordinary confluence. The vision implemented by GDS and SOM is one of the most powerful designs I have ever been a part of.”

New photos show the state of progress on the reinforced concrete superstructure, which is now reaching the fifth floor. Construction workers are harnessed and hang off the side of steel rebar for what will eventually become the perimeter columns. It is also possible to see the textural finish of the concrete. The columns have a rigid appearance with tight vertical lines, while the floor slabs have shallow holes etched into the surface.

1245 Broadway is located at the corner of 31st Street and Broadway and will contain office space with 12-foot-tall ceilings, ground-floor retail, and a restaurant. Offices occupy the second level through the top floor of the building. Amenities include bicycle storage for office workers, large landscaped terraces positioned on the structure’s multiple setbacks, and a private tenant amenity lounge with skylights, private phone booths, communal work areas, a fireplace, and a beverage station.

The closest subways include the B, D, F, M, N, Q, R, W, and PATH trains at the 34th Street-Herald Square station; the 1 train at the 28th Street station; and Penn Station to the west.

1245 Broadway is aiming for LEED-silver certification, and is expected to be completed around the end of next year. 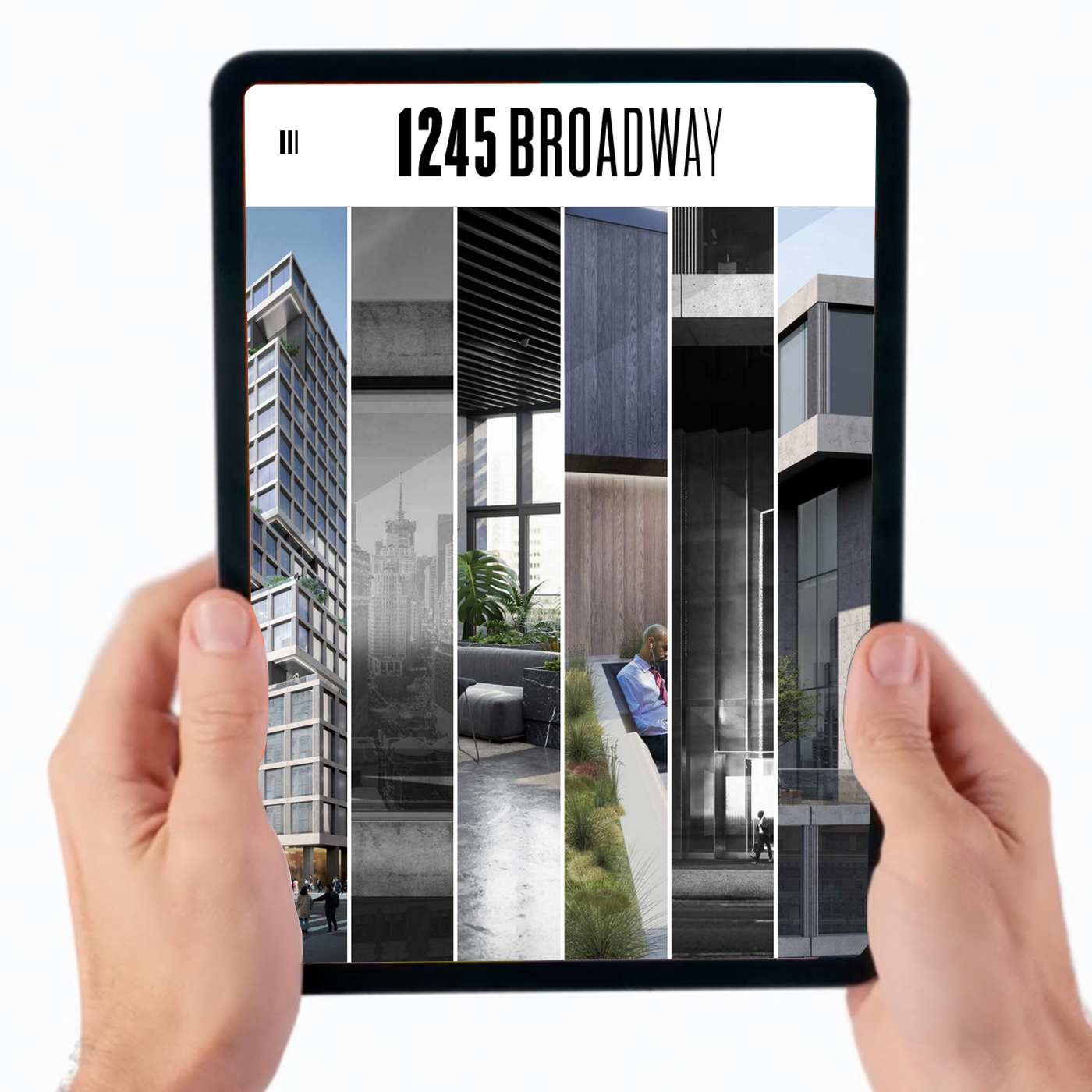 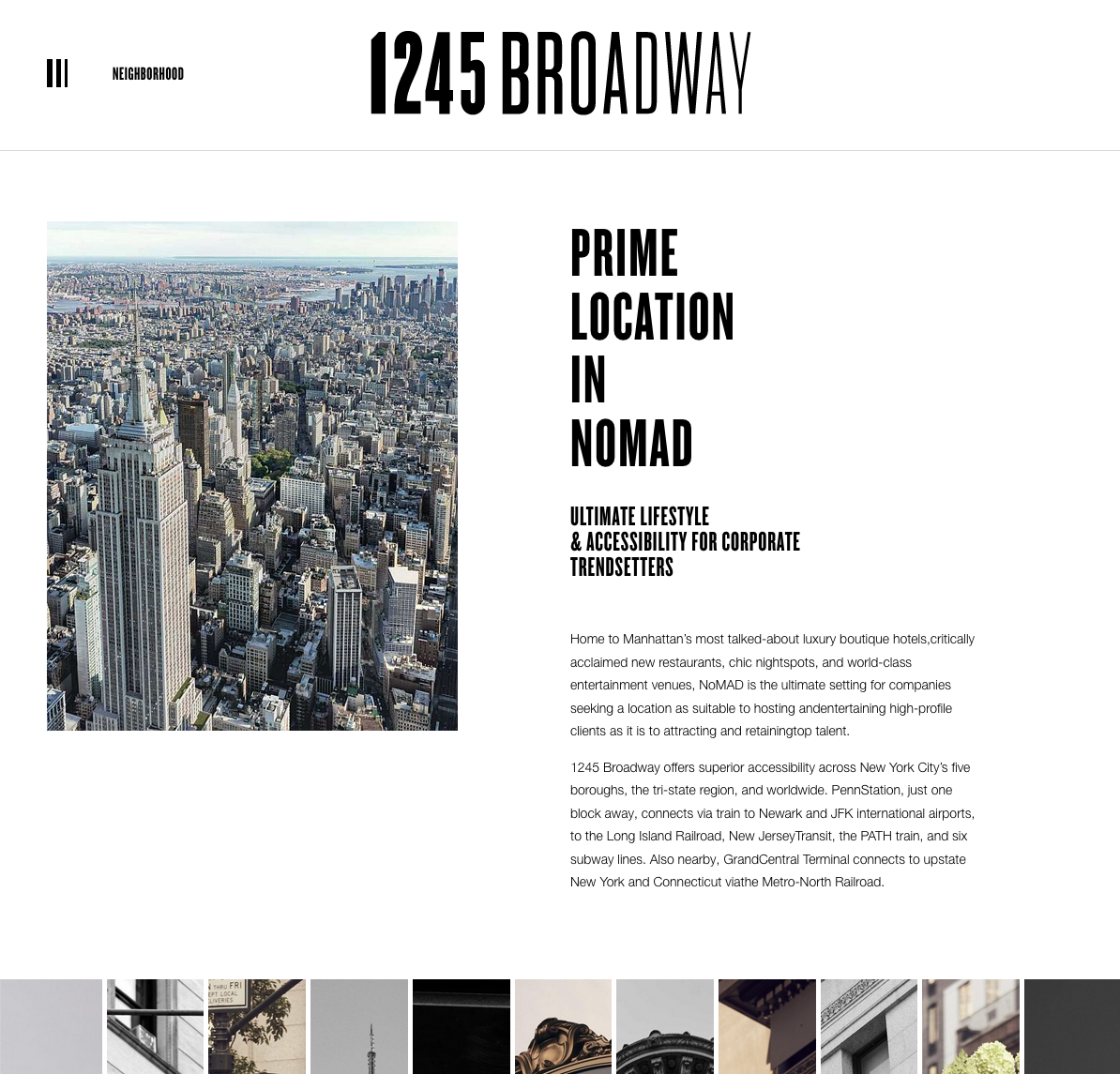 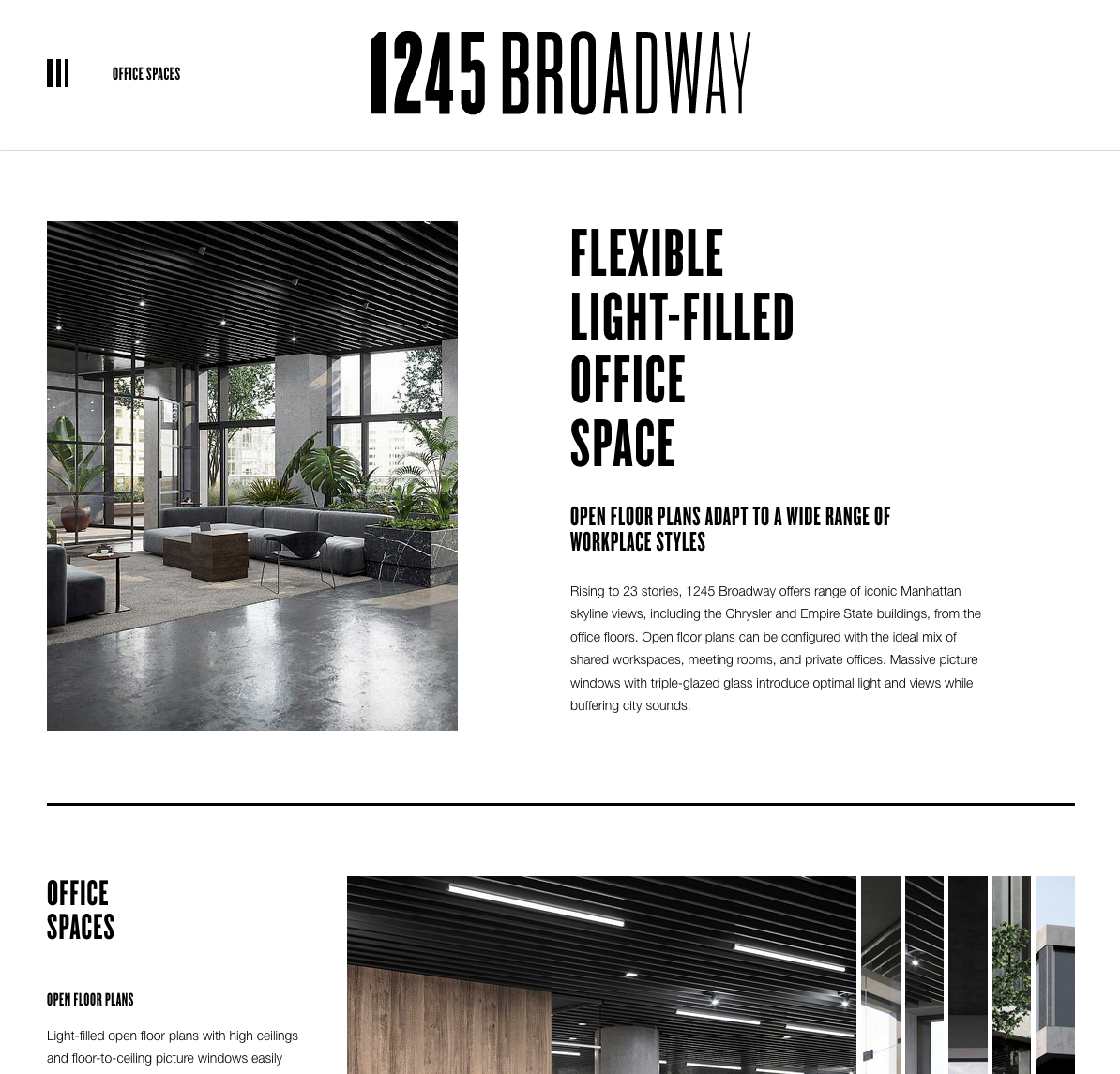 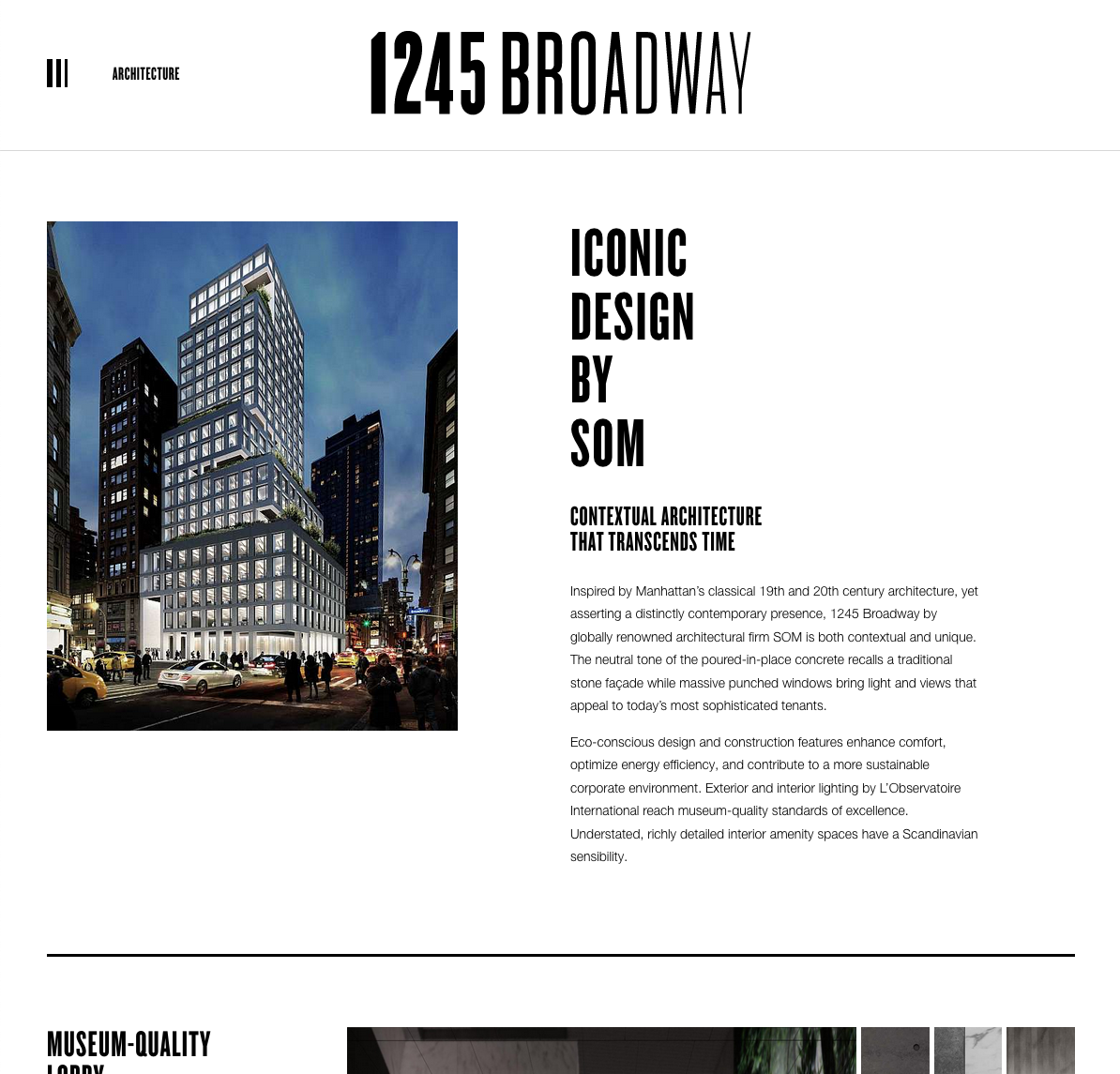 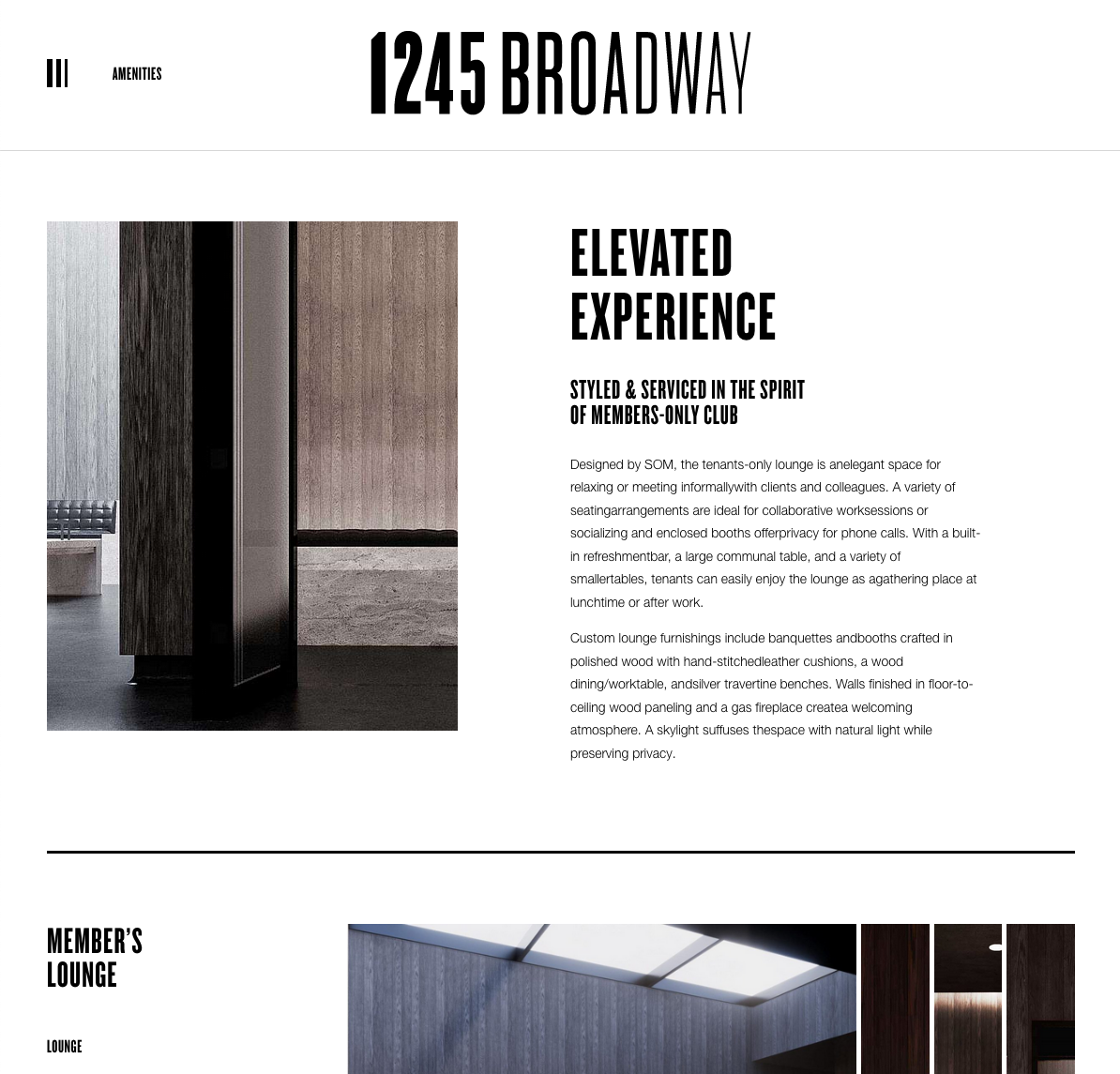 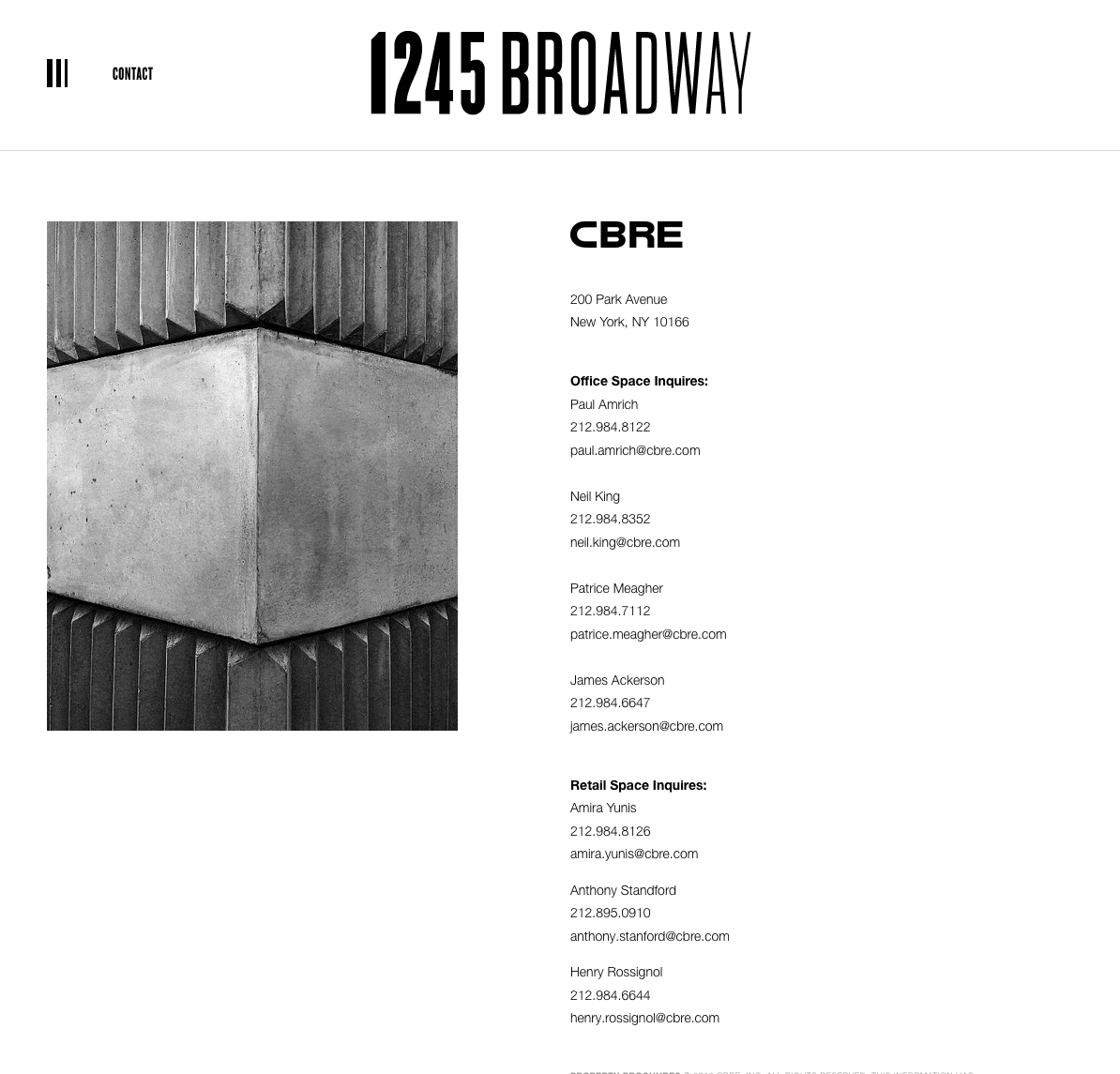