The arrival of the High Line and a coinciding neighborhood rezoning has spurred a high-end real estate boom that’s still playing out across West Chelsea. Some of the city’s most prolific developers, and the world’s leading architects—including Rafael Viñoly, Isay Weinfeld, and the late Zaha Hadid—have all left their mark on the area.

The neighborhood has been transformed both physically and economically: an August 2016 dive by StreetEasy into apartment pricing near the High Line shows that condos along the linear park’s southern end are twice as expensive as those just one block away. The area’s cachet is undeniable, and as construction continues to boom that will become even more true.

From recently launched condo projects to sites snatched by developers that are laying in wait, here’s what’s going on along the city’s most desirable stretch of real estate. 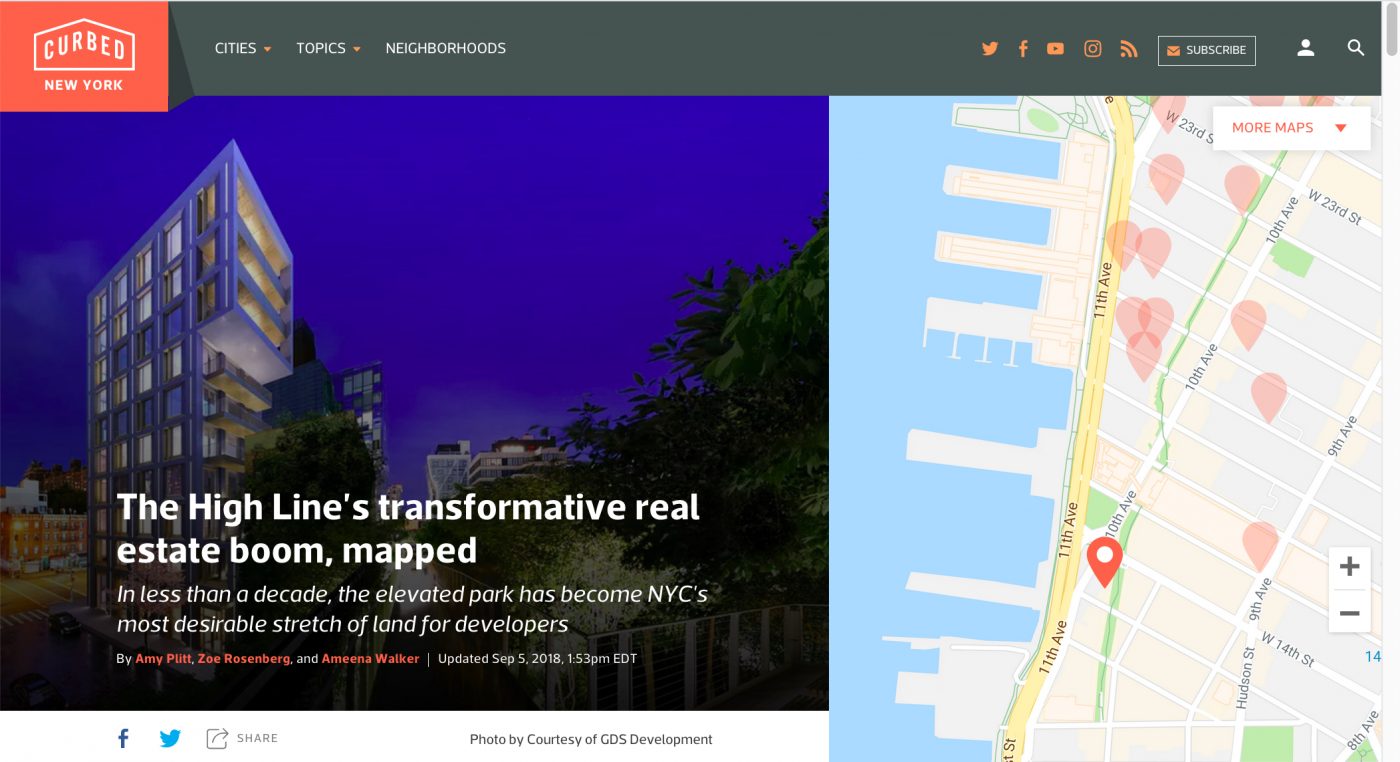